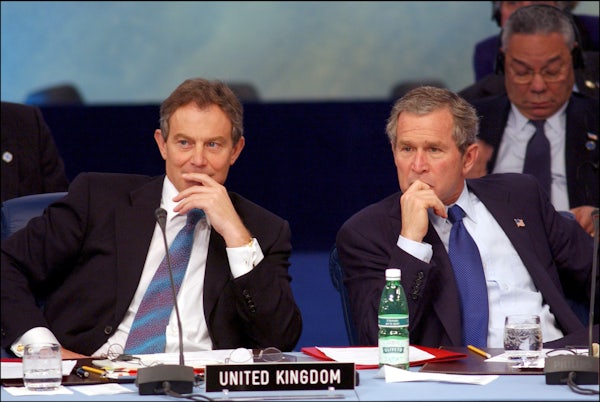 Tony Blair will never accept that he’s not wanted.

The former prime minister of the United Kingdom is setting up a new think tank called The Institute for Global Change to promote centrist politics in an age in which, he argues, both the left and right are moving to the extreme. As he explains in the prospectus for the Institute:

The Conservative Party in the UK is now the party of Hard Brexit. The leadership of the Labour Party has been captured by the Hard Left. The parties in France have shown similar tendencies. There is every possibility of the politics of the USA moving in the same direction.

In fact, all over the Western world the political landscape is changing. New parties are being formed—left, right, and center. But the center ground, if marginalized in the mainstream traditional parties, finds it harder to get traction.

What is strikingly lacking in this credo is any self-awareness on Blair’s part of his own role in creating this situation. After all, if the Labour Party has moved to the “Hard Left” that is because party members were disgusted by the failures of Blair’s previous iteration of centrism, the Third Way. Blair’s support of the disastrous military intervention in Iraq has permanently discredited him in the eyes of many Labour voters.

There may or may not be a need for a new centrist politics but there is certainly no need for Blair to make himself the face of it. In fact, he’s the worst person to sell a centrist revival.