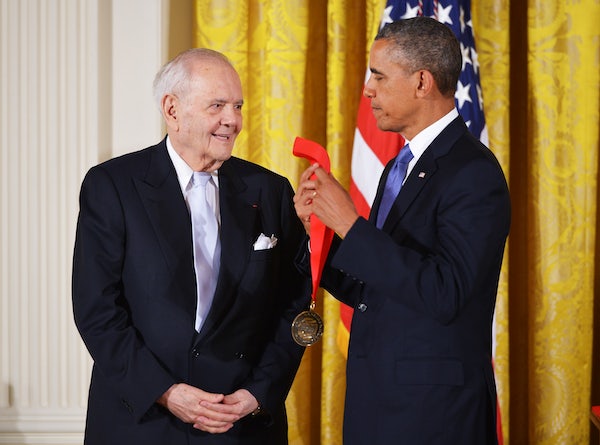 Robert Silvers was one of America’s greatest literary editors.

In 1959, in his capacity as associate editor of Harper’s, Robert Silvers commissioned the novelist Elizabeth Hardwick to write an article lamenting “The Decline of Book Reviewing.” Decrying “the unaccountable sluggishness of the New York Times and Herald Tribune Sunday book-review sections,” Hardwick argued that America had no journal that did its literature justice. A newspaper strike in New York in 1963 gave Silvers and Hardwick a chance to remedy the situation. Teaming up with editor Barbara Epstein and other friends, they founded the New York Review of Books, designed to provide the stylish, informed, and passionate literary journalism that America was lacking.

The very first issue, dated February 1, 1963, featured one of the most impressive table of contents imaginable, with contributions by Susan Sontag, W.H. Auden, Mary McCarthy, Adrienne Rich, Norman Mailer, and Gore Vidal. From its founding, the magazine became one of the pillars of American culture. The Review became famous not just for its distinguished contributors but also for the ample space provided (with articles running to many thousands of words), as well as its encouragement of frank (and sometimes devastating) criticism. Silvers was particularly gifted at matching books with the reviewers who were best able to find either flaw or merit. As the war in Vietnam heated up, the magazine expanded its focus to encompass political criticism, becoming one of the major venues for anti-war ideas.

Silvers was a self-made patrician in a style that no longer exists, a Europe-loving polymath who wouldn’t be out of place as a character in the fiction of Henry James and Edith Wharton. A lifelong bachelor, his romantic partners included Lady Caroline Blackwood and Grace, Countess of Dudley, who was his companion for more than four decades before her death earlier this year. Paradoxically, it was these very anachronistic tendencies that made him aware of the gaps in contemporary culture that needed to be filled, thus providing the mission of the New York Review.

Barbara Epstein and Robert Silvers were the two key figures in keeping the Review going over the last six decades. After Epstein’s death in 2006, Silvers became the sole editor. For the first time since its founding, the Review is without a guiding voice. RIP.