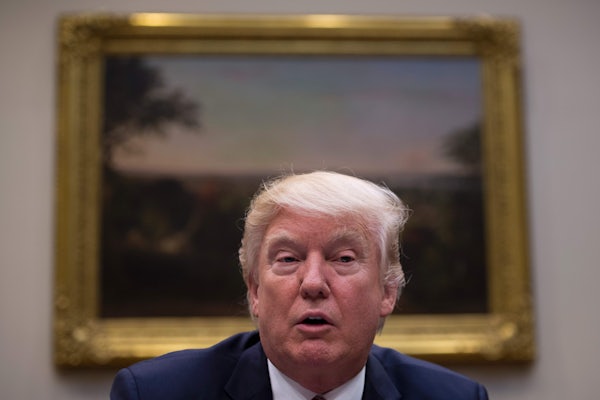 For the Affordable Health Care Act to pass the House on Thursday, Donald Trump and Paul Ryan can only lose 21 Republican votes. But on Wednesday, over 25 members of the hard-right Freedom Caucus went to the White House and told Trump that they could not support the bill. They declared that he and Ryan would have to “start over.”

This is a crushing blow, near fatal, but the bill could still be jolted back to life. The Freedom Caucus is basically daring Ryan and Trump to send the bill to a vote—if Ryan and Trump call their bluff, it’s possible that some of the 25-plus Freedom Caucus members will come around, out of fear that they will be blamed for the bill’s failure and for obstructing the GOP’s promises to repeal Obamacare. However, the best assumption right now is that everyone will get blamed, with Ryan and Trump taking most of the heat. (It’s also possible that Ryan and Trump could conjure up some sweeteners to win over these members, but it’s very late in the game.)

It’s still too soon to declare Trumpcare dead. But coming just 24 hours before the bill goes to vote, this is very bad news for Trump and Ryan and good news for anyone who doesn’t want to see tens of millions of people lose their health insurance. Trumpcare has been in critical condition ever since it was unveiled, and now it’s flatlining.