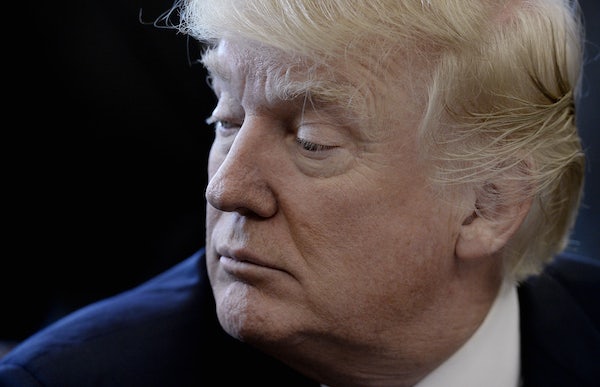 The American Health Care Act, aka Trumpcare, aka Ryancare, aka the worst goddamn bill in living memory, died today, 19 days after it first emerged from its cold womb in the Capitol. The House was scheduled to vote on the bill at 3:30 p.m. on Friday, even though it had been abundantly clear for hours that Speaker Paul Ryan did not have the votes. He told Donald Trump that the bill was cooked over an hour before the vote was scheduled, and looked like he got popped in the jaw in the process.

But it is more likely that this was a defensive maneuver, meant to make it look like he was in control of a situation spiraling out of his control. Ryan and House Republicans likely decided not to go through with the politically damaging process of voting on a bill they knew would not pass.

Trump’s decision to take credit for folding the GOP’s cards, however, will have consequences. The supposed master of the deal will begin the next negotiation (and probably every negotiation thereafter) in a weakened position because of it. Trump’s one negotiating tactic for this bill was to bluff and bluff and then bluff some more, going so far as to force his fellow Republicans to vote on something they hate to punish them politically. That bluff has been taken off the table for future use.

Trump and House Republicans have indicated that they simply want to move on and use reconciliation, which they were planning to use for health care, on tax reform instead. But it’s hard to overstate just how badly both Trump and Ryan played this situation. Republicans still control both chambers of Congress, so it’s possible that they’ll be able to pull something together on tax reform. But this debacle has been incredibly damaging to both of them, to the relationship bewteen the White House and Congress, and to the Republican Party in general.

After seven years of screaming about Obamacare, they essentially came together as a party and endorsed it. This is an amazing fact, likely inexplicable to Republican voters who were expecting a swift repeal of a law that was supposedly destroying America. It’s possible that these clowns will take another shot at health care, but given how badly this played out, it seems unlikely, at least in the near future.