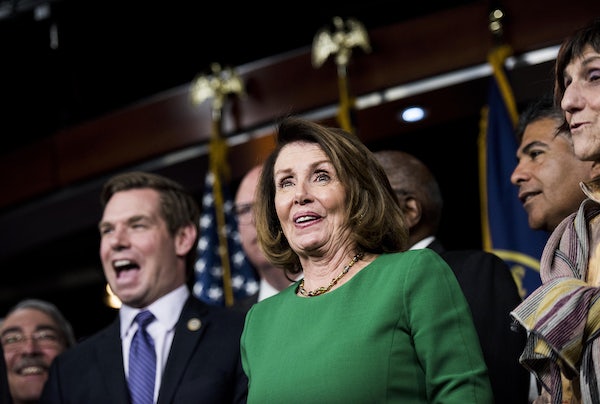 Democrats are stronger than they’ve been since the election. Now they need to not blow it.

Following the failure of the American Health Care Act last week, the Democratic Party and the progressive movement are better positioned politically than at any point since Donald Trump’s surprise victory in November. The post-inaugural protests were heartening, the Women’s March was inspiring, and the ongoing Russian revelations continue to damage Trump’s presidency. But it was only Friday, with the complete collapse of Republican governance on what should have been the ultimate unifying issue for the GOP, that proved Democrats in Washington are truly relevant again.

As Politico reported Monday morning, House Minority Leader Nancy Pelosi is particularly emboldened, poised to continue capitalizing off Republican divisions like Trump’s split with the hard-right Freedom Caucus. “The leader of the seemingly powerless House minority,” Politico’s Heather Caygle wrote, “might actually have some juice. ... The Democratic leader, known for her business-like manner, kicked off her heels on the Capitol grounds Friday, jumping up and down in her stocking feet with supporters.”

The challenge now, though, is for the party to wield its modest influence strategically—knowing when to shape the Republican agenda when possible and when to try to stop it in its tracks. In April, Democrats may find themselves in a tough spot: Congress will be charged with keeping the government open and raising the debt ceiling. But when it comes to tax reform, infrastructure spending, and certainly Trump’s signature wall on the Mexican border, the party should be ready to resist.

Keep in mind that Republicans aren’t talking about the kind of bipartisan tax reform former President Barack Obama used to float. The White House and House Speaker Paul Ryan are eying changes that would disproportionately benefit the wealthy, like abolishing the estate tax. And on infrastructure, Trump isn’t pushing for traditional public investment. He’s honed in on tax incentives for private companies—an approach doomed to fail since the whole problem with infrastructure is that there are simply some public goods the private sector doesn’t want to provide.

These are perfect opportunities for Democrats to hold their ground—and draw clear contrast with Republicans. The downside of this approach is getting blamed for obstruction, but as the Republicans proved during the Obama years it is usually the ruling party that gets blamed for inaction in Washington. Trump is already blaming Democrats for Republican incompetence, and progressives might as well thwart more of his plans in the process.