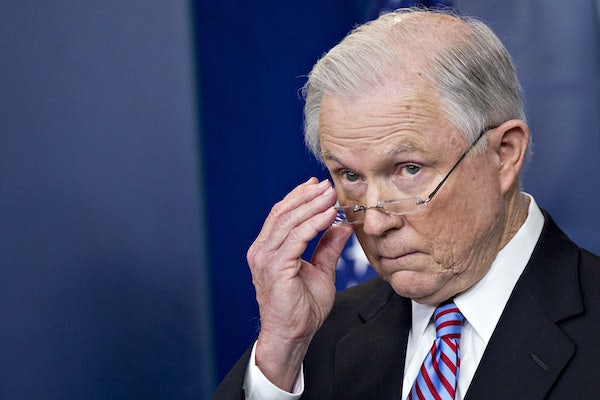 Speaking at the White House on Monday, the attorney general asserted that “when cities and states refuse to help enforce immigration laws our nation is less safe,” while announcing that the federal government will sever grant money to sanctuary cities.

In fact, Tom K. Wong, a political science professor at the University of California at San Diego, came to the exact opposite conclusion in a study published by the Center for American Progress in January:

It’s not just Wong who’s made these findings either. “No Evidence Sanctuary Cities ‘Breed Crime’,” Factcheck.org at the University of Pennsylvania concluded in a comprehensive post last month. The website cited a separate study from the University of California, Riverside, and Highline College, which also noted that the well-established body of research showing immigrants don’t commit crimes at higher rates than non-immigrants.

Of course, none of these studies suggest that becoming a sanctuary city makes a city safer. But they make it abundantly clear that Sessions’s claim that sanctuary cities make America less safe is bogus.