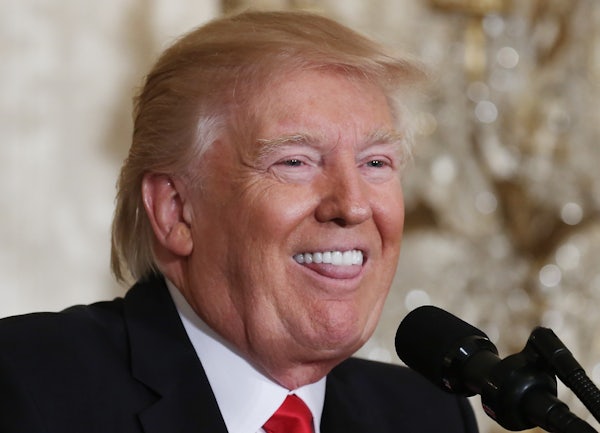 The White House says it’s “not familiar” with the economic impacts of climate change.

The whole reason President Donald Trump is releasing a wide-ranging executive order today to dismantle a bunch of America’s climate change policies is because he says it will be good for the economy. On a call with reporters Monday night to discuss the executive order, one unnamed senior White House official said Trump is “not going to pursue climate or environmental policies that put the U.S. economy at risk.”

But when this official was pressed with the fact that climate change poses grave economic risks of its own, he froze. “I’m not familiar with what you’re talking about,” he said, challenging the reporter to show him the research. Here’s the full exchange:

REPORTER: What about all the scientists who are saying climate change is going to have adverse economic consequences—things like rising sea levels, more hazardous hurricanes—how do you address those economic arguments?

SENIOR ADMINISTRATION OFFICIAL: Again, you’ll have to talk to those scientists.  Maybe I can talk to you afterward.  I’m not familiar with what you’re talking about.  But again, the President’s policy is very clear about addressing—making sure we’re addressing the economy, providing people with jobs, and we’re making sure that EPA is sticking to its core mission.

REPORTER: Are you saying you’re not aware that scientists are concerned about rising sea levels or more violent storms might impact the economy—

SENIOR ADMINISTRATION OFFICIAL: I would want to see the research.  Sure, that would be good.  Show it to me.

Think about this for a second. ﻿The Trump administration is unraveling the best chance we have at slowing human-caused climate change, solely because he says it will improve the economy. But Trump’s advisers have apparently not considered how climate change’s impacts on agricultural productivity, human health, and property value will hurt the economy. Hell, they’re not even “familiar” with the idea that it might.

This isn’t just some environmental talking point: Huge public companies regularly file risk disclosures saying climate change threatens their bottoms lines. Big insurance companies like Allianz, Liberty Mutual, and SwissRe warn the government must prepare for climate-fueled extreme weather events to avoid passing costs on to them. In the 2014 report “Risky Business,” bigwigs like billionaire Michael Bloomberg and former Goldman Sachs CEO Henry Paulson warn of dire economic consequences if warming isn’t tackled. By 2050, it says $106 billion worth of coastal property could sink below sea level, while crop yields could be reduced by up to 70 percent in some states because of extreme heat.

For a presidential administration that is basing its climate policy on the idea that it’s good for the American economy, these seem like ridiculous things to not be “familiar with.”