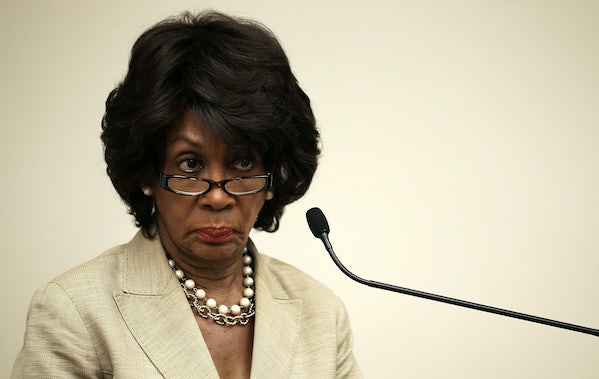 Fox News is making a habit of racist attacks on Maxine Waters.

Fox News host Bill O’Reilly mocked the California congresswoman on Tuesday during a Fox & Friends segment about remarks she had made against President Donald Trump on the House floor. As footage showed Waters talking earnestly about the dangers Trump poses to democracy, O’Reilly mugged for the camera in a split-screen, patronizingly mouthing “that’s right” and “right on.” He pumped his fist and smiled smugly. Then, when the clip ended, O’Reilly declared, “I didn’t hear a word she said. I was looking at the James Brown wig.”

The “wig,” of course, is Waters’s hair. Co-host Ainsley Earhardt challenged O’Reilly for “going after a woman’s looks,” but it only got worse from there.

“I love James Brown,” O’Reilly said, “but it’s the same hair James Brown—the godfather of soul—had. Whatever it is I just couldn’t get by it.”

Perhaps feeling defensive, he then went on a condescending riff about how Waters is “a sincere individual—whatever she says she believes. She’s not a phony, and that’s old school. We’re giving Maxine a break here.”

Hardly. O’Reilly may have had playful intent—he professed to love Waters before the segment ended—but it’s totally disrespectful. (Update: O’Reilly has reportedly apologized.)