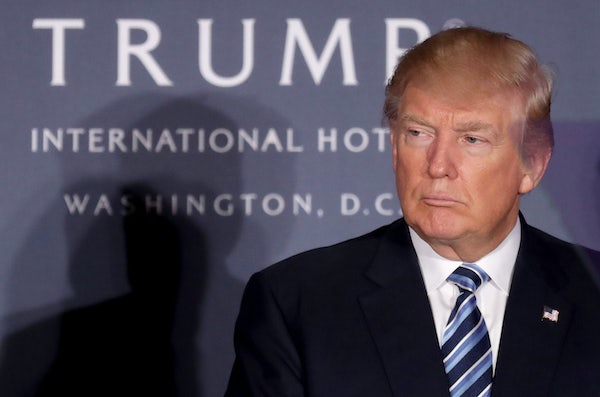 The Trump Organization is planning to expand its hotel empire, which surely is just a coincidence.

The Washington Post reported on Wednesday that President Donald Trump’s company is readying a “nationwide expansion,” including a second hotel in Washington, D.C.:

Representatives of the Trump Organization, now run by the president’s adult sons, have inquired in recent months about converting one of several boutique, medium-sized hotels in upscale neighborhoods in and near downtown and reopening it under the company’s new Scion brand.

Unlike the luxurious Trump International Hotel on Pennsylvania Avenue, which Trump and his family own, the more affordable Scion hotels would be owned by other developers who would pay the Trumps’ company for licensing rights and management.

The head of the Trump Organization’s hotel division told the Post that he’s signed “over 30” preliminary agreements for similar licensing deals around the country, suggesting the Trump brand name might not be as commercially toxic as some reports have suggested.

A second D.C. hotel would give Trump even more opportunity to personally profit by doing business in the nation’s capital. The existing Trump International Hotel on Pennsylvania Avenue is raising ethics concerns for providing paying guests—including foreign diplomats—with proximity to the president, who makes routine visits. Though Trump turned over management of the Trump Organization to his adult children, he is still the owner, and thus would profit from the planned Scion expansion.

As this latest news proves, Trump’s rapid ascent in politics has been good for business. “Donald Trump Jr. said in an interview recently that he familiarized himself with other markets—and potential partners—while on the campaign trail for his father,” the Post reported. “The sons have said they are minimizing contact with their father except to provide basic updates on the business.”

Those “basic updates,” however, include quarterly financial reports about the company—so President Trump will know exactly how well his self-enrichment scheme is going.