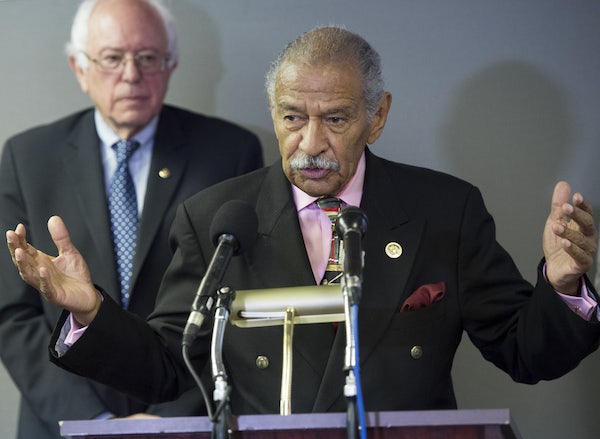 John Conyers’s Medicare for All bill gains steam in the wake of Trumpcare’s failure.

The office of the Democratic representative from Michigan tells the New Republic that his Medicare for All bill now has 78 co-sponsors, with today’s addition of Rep. Kathy Castor of Florida.

“I have been introducing the Medicare For All bill every session of Congress since 2003, and I’m the longest serving member of Congress. I have never seen more enthusiasm and energy behind this issue than what I’m seeing today,” Conyers said in a statement. “I will keep introducing this bill as long as it takes because access to health care—not just health insurance, but quality, affordable care—is a universal right, not a privilege for those who can afford it.”

Conyers has introduced the bill yearly in the House since 2003, to varying degrees of support from fellow Democrats. Seventy-eight co-sponsors is the most it’s had since 2009, and though it’s DOA in a Republican-controlled government, its renewed popularity is a source of optimism for single-payer backers on the Hill. It comes at an auspicious time, as Democrats move from their tentative victory in keeping Obamacare alive to a new health care reform message for 2018 and beyond.

A congressional aide with knowledge of the situation tells the New Republic that single-payer is “a winning message.”

He added, “I hope that the [Democratic] caucus decides to make it a campaign issue because I think it would work a lot better than some of the things we’ve been trying.”

Update: Conyers’s office now says that Reps. David Price and Gene Green have signed the bill, bringing the number of co-sponsors to 80.