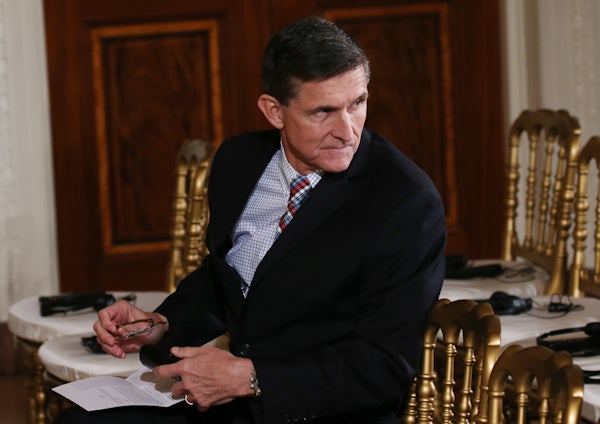 Why Michael Flynn’s deal-making may backfire.

The Wall Street Journal reports that Trump’s former national security adviser has, via his lawyers, offered to testify to both Congress and the FBI if they grant him immunity. But on the website Just Security, Harvard legal scholar Alex Whiting suggests that Flynn’s gambit might be an attempt to stave off prosecution while giving up as little as possible. Flynn might be hoping that, like Oliver North during the Iran-Contra affair, a combination of congressional immunity and grandstanding testimony could sharply limit any legal liability he faces.

The strategy in a nutshell, according to Whiting: “Flynn gets immunity, his testimony in Congress gets aired and reported everywhere, and it becomes virtually impossible for prosecutors to bring a case against him.”

But as Whiting also notes, the bad news for Flynn is that the FBI isn’t taking his bait, which means they might have enough on him to preclude a deal. “The Justice Department will tell Congress that a grant of immunity at this stage could compromise its ongoing criminal investigation,” Whiting argues. “Already, statements from the Congressional committees suggest no interest in granting immunity to Flynn. ... And the very fact that Flynn’s lawyer is making a play for immunity at this stage suggests that he has some fear that his client faces real criminal exposure.”

If Whiting’s analysis is right, Flynn may soon be facing a deal set on the FBI’s terms rather than his own.

Meanwhile, his former boss is supporting his bid for immunity, framing the whole controversy as a witch hunt. But of course, you usually only get immunity if you’ve committed a crime.