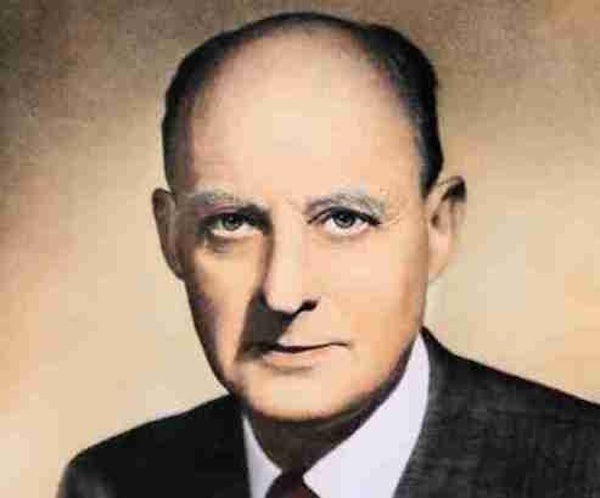 With superb sleuthing skills, Ashley Feinberg of Gizmodo has all but proven that the FBI director has an anonymous Twitter account (@projectexile7) where he goes by the name Reinhold Niebuhr, the late theologian whose work Comey had written about in college. Comey isn’t the first Washington bigshot to venerate Niebuhr, who died in 1971, as an intellectual hero. President Barack Obama, perhaps taking his cue from Niebuhr-loving columnists like David Brooks and Andrew Sullivan, has often praised the theologian.

The original Niebuhr vogue in Washington started in the Kennedy administration, when the thinker was invited to the White House. In the words of the journalist Richard Rovere, he thereby became “the official establishment theologian.” Rovere’s phrase explains the limits of Niebuhr. As Niebuhr’s biographer Richard Fox noted, Kennedy and other liberals “did not so much ‘use’ Niebuhr’s name as feel indebted to his perspective. He helped them maintain faith in themselves as political actors in a troubled—what he termed a sinful—world. Stakes were high, enemies were wily, responsibility meant taking risks: Niebuhr taught that moral men had to play hardball.”

In a devastating 1987 survey of Niebuhr’s career in the magazine Grand Street, Noam Chomsky documented at length the accuracy of Fox’s judgement. Niebuhr’s ideas about the pervasiveness of original sin were, in practice, used as protective cover for the advocates of realpolitik. In Chomsky’s words:

Niebuhr was “certain” in March 1948 that “the strategic measures which we are taking in Greece and Turkey” were “absolutely necessary,” referring to the murderous counterinsurgency campaign then being launched in Greece to restore the old order, including Nazi collaborators, under a fraudulent pretense of “defense” of Greece from Soviet aggression. He strongly approved of the actions of the Senate Internal Security Committee of Senators McCarran and Jenner, which were “superb”—“the Communists are really ferreted out”—in contrast to Joseph McCarthy, who “vilified” Niebubr’s ADA associates as well as Communists, Fox observes.

Chomsky’s conclusion is harsh but accurate, and explains why those in power continue to love Niebuhr:

The inescapable “taint of sin on all historical achievements,” the necessity to make “conscious choices of evil for the sake of good”—these are soothing doctrines for those preparing to “face the responsibilities of power,” or in plain English, to set forth on a life of crime, to “play hardball” in their efforts to “maintain this position of disparity” between our overwhelming wealth and the poverty of others, in George Kennan’s trenchant phrase as he urged in a secret document of 1948 that we put aside “idealistic slogans” and prepare “to deal in straight power concepts.” Herein lies the secret of Niebuhr’s enormous influence and success.

Beyond his usefulness to the powerful, Niebuhr is of little interest as a theologian. He was a preacher more than a thinker, so unlike figures like Paul Tillich and Karl Barth, he’s left little legacy on actual religious thought.