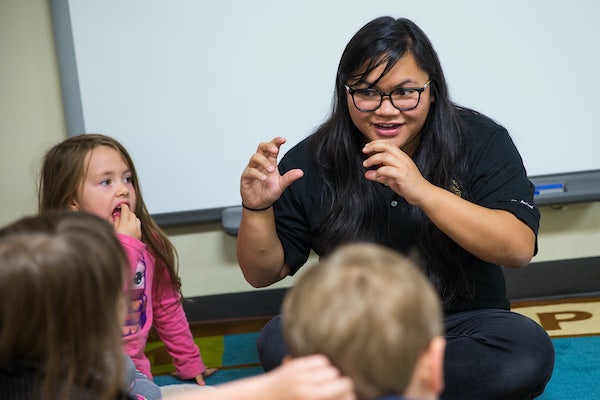 Is D.C. “insanely stupid” for requiring child-care workers to have college degrees?

The Washington Post reported on Friday that “hundreds of child-care teachers” in the nation’s capital will need to go back to school and earn college degrees under new licensing regulations for the city’s childcare centers. According to the Post, “The new regulations put the District at the forefront of a national effort to improve the quality of care and education for the youngest learners. City officials want to address an academic achievement gap between children from poor and middle-class families that research shows is already evident by the age of 18 months.”

On Twitter, the rules were roundly condemned across the political spectrum:

But the issue is more complicated than it seems. As the Post mentions, teachers will only be required to have a two-year associate’s degree by 2020. Childcare center directors will have until 2022 to earn their bachelor’s, according to Elizabeth Groginsky, the assistant superintendent of early learning for the District’s Office of the State Superintendent of Education.

Groginsky reiterated to me that D.C. funds scholarships to help these educators earn their degrees, including the Teacher Education and Compensation Helps (T.E.A.C.H.) program. She’s confident the District has the resources to make it affordable for workers, with a combination of public, private, and philanthropic dollars. Groginsky added that their will be a waiver for longtime employees who can make the case that getting a degree isn’t feasible for them. “We don’t want to be punitive about this,” she said

The worry is that educators with modest salaries are forced to pay out of their own pocket for additional education that doesn’t increase those salaries. “There’s not a whole lot of evidence that increasing the degree requirement is going to do much for their wages,” said Mary Alice McCarthy, director of the Center on Education and Skills with the Education Policy program at the New America Foundation. The Post notes that “a bachelor’s degree in early-childhood education yields the lowest lifetime earnings of any major.” At the same time, the impulse to up-skill early learning professionals is a good one. Research shows these workers “are much more effective as educators and caregivers if they have some education and formal preparation,” McCarthy said.