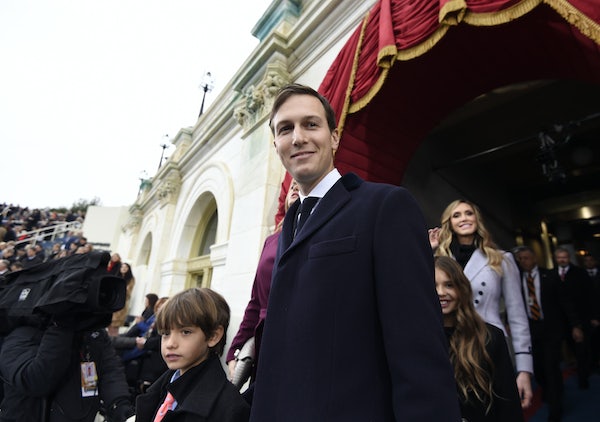 The president’s son-in-law made a quick trip to Iraq over the weekend in the company of the chairman of the Joint Chiefs of Staff. This is the latest example of Donald Trump piling on duties for Kushner, who has no government experience. Kushner is also (in no particular order) in charge of reinventing government, remaking America’s relations with China, repairing relations with Mexico, fixing Veterans Affairs, overseeing criminal justice reform, finding a solution to the opioid addictions crisis, and, last but not least, brokering a peace deal between Israel and the Palestinians.

Any of these would be a daunting task on their own. But Kushner’s only qualification for these assignments is that he’s married to Trump’s beloved daughter Ivanka. Trump’s reliance on Kushner is further evidence of how thin the talent pool is in the White House, as well as the president’s persistent difficulty in extending trust to anyone outside a small inner circle. That Kushner keeps getting important foreign policy portfolios is also another sign that the State Department, headed by Rex Tillerson, is being sidelined.