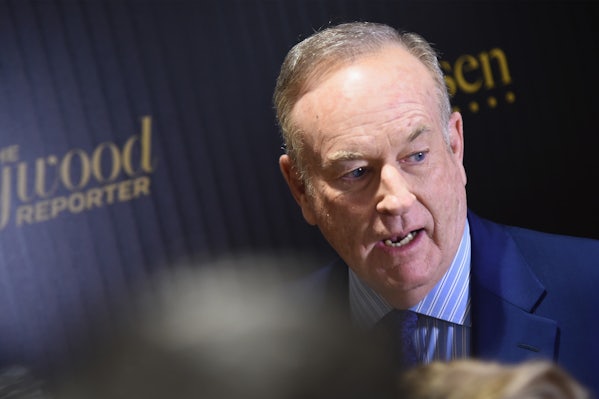 Why does Bill O’Reilly still have a job?

On Saturday, The New York Times reported that Fox News and O’Reilly had paid out roughly $13 million to resolve lawsuits and complaints brought by women who alleged that O’Reilly had sexually harassed them. As The Washington Post’s Erik Wemple wrote over the weekend, “The claims shed light on just why O’Reilly and his former boss [Roger] Ailes fashioned a mutual protection racket on the premises of Fox News: They both needed someone who’d have their back.”

The Times report is not the first instance of O’Reilly’s predatory and disgusting behavior being brought to light—not by a long shot. Reports and videos of O’Reilly’s screaming fits have been circulated ever since he first rose to prominence at Fox News, and he first settled a high-profile sexual harassment suit back in the early 2000s. So why is Fox sticking with O’Reilly? For cynical reasons, yes, but also because of its own corporate DNA. The O’Reilly Factor brings in millions of viewers and hundreds of millions of dollars in ad revenue a year. And despite still regularly owning the cable news game, Fox News doesn’t have a particularly strong stable of younger talent—it was able to slot in Tucker Carlson when Megyn Kelly left, but it doesn’t seem to have another Carlson waiting in the wings.

Above all, Fox’s corporate culture tolerates and even encourages O’Reilly’s harassment. This was, after all, Ailes’s network until recently, and judging by O’Reilly’s continued employment, it still is. Just this morning, it was reported that another Fox News contributor, Julie Roginsky, had filed a suit against Ailes for sexual harassment, in which she claimed that top executives at the network were complicit in Ailes’s behavior.