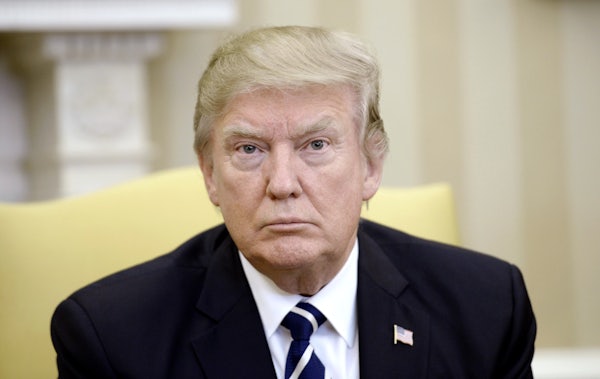 When it comes to repealing Obamacare, what is dead can never die.

Obamacare repeal just won’t go away. Eleven days ago Paul Ryan stepped in front of the cameras to declare that, “Obamacare is the law of the land.” Then, like an exasperated vice principal, he demanded that House Republicans, particularly those in the far-right Freedom Caucus, grow up. But late Monday, reports began circulating that the Freedom Caucus and the White House had come up with a plan to restart Obamacare repeal—and that they may try to vote on it as soon as this week.

The new plan is—unsurprisingly, given the people involved—perhaps even more odious than the former. It fiddles (and effectively does away with) Obamacare’s extremely popular provision that prevents insurance companies from denying coverage to people with pre-existing conditions. Donald Trump, Mike Pence, and Ryan had all previously promised that their Obamacare repeal not do this.

This would push sick people out of insurance pools because they wouldn’t be able to afford the insanely high prices. By kicking it to the states, it would , theoretically at least, absolve House Republicans of guilt. And, theoretically again, this would lower premiums and increase coverage, with the caveat that it would be totally useless if you were sick or had a pre-existing condition. It would also have the effect of creating a two-tier health care system. In some states, Obamacare’s mandates would be enforced, guaranteeing coverage for sick people, and in others, they wouldn’t—those with pre-existing conditions would be out of luck.

The new plan seems to misunderstand many of the biggest problems with the first draft of the American Health Care Act. This plan seems to be designed to create a better CBO score because it effectively creates a health insurance market for healthy people only. But it also takes a bill that had a 17 percent approval rating and removes one of the most popular provisions. The AHCA’s CBO score certainly didn’t help things for House Republicans, but it wasn’t the only problem: The biggest problem was that people recognized the bill for what it was, a windfall for insurance companies and a gutting of health care coverage. This new replacement is even worse on that score.