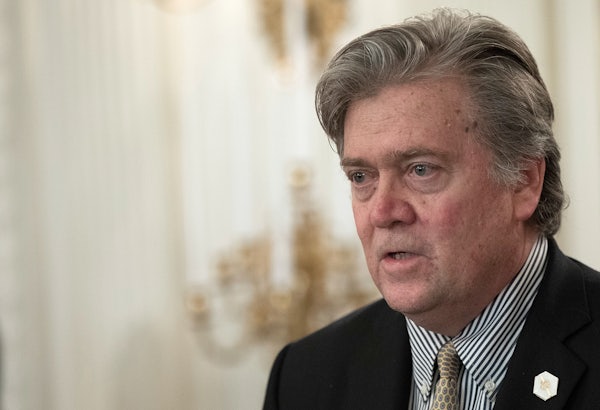 Steve Bannon just got knocked down a few pegs.

Bannon is out at the National Security Council, ending the Trump administration’s short-lived attempt to remake the NSC in Bannon’s Breitbartian image. Reports indicate that Lt. Gen. H.R. McMaster, who succeeded Michael Flynn as national security adviser, orchestrated the shake-up, undoing what had been described as an unprecedented attempt to politicize the country’s top policy-making committee. It’s possible that Bannon, who still has security clearance, could still attend NSC meetings as a representative of the president, although he would not have a formal role.

The White House (read: Bannon himself) is trying to spin the move as minor, saying that Bannon has only attended one NSC meeting and was originally placed on it to oversee Flynn. Bannon is telling reporters that his mission was to “de-operationalize” the NSC, whatever that means, and that this mission had been accomplished. But these arguments sound like desperate damage control, after the Bannon appointment attracted pushback in the press and the national security establishment.

Moreover, there’s ample reason to believe that, in light of recent policy failures and controversies, Bannon’s star is on the wane, just as Trump’s son-in-law Jared Kushner becomes ever more powerful.