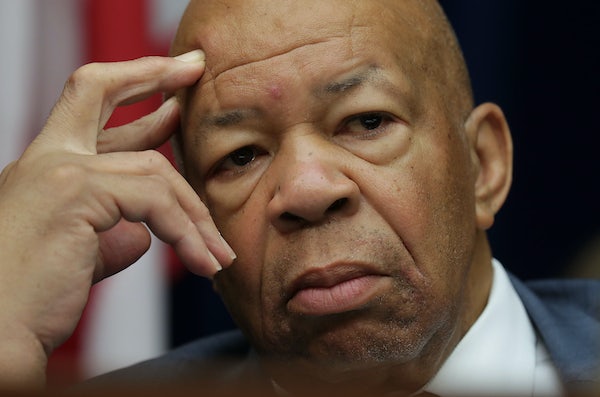 In an interview with The New York Times published on Wednesday, Trump made a highly suspect claim about Cummings, the longtime Democratic congressman from Maryland. Trump claimed that Cummings told him last month, “You will go down as one of the great presidents in the history of our country.”

That wasn’t quite true. “During my meeting with the president and on several occasions since then,” Cummings explained to The Baltimore Sun, “I have said repeatedly that he could be a great president if—if—he takes steps to truly represent all Americans rather than continuing on the divisive and harmful path he is currently on.” In other words, he said Trump could be a great president if he were somehow totally transformed, bearing no resemblance to the man he is today.

Appealing to Trump’s deep desire to be great wasn’t a crazy strategy for Cummings, but the results are telling. Not only did Trump ignore the conditional—the fact that achieving greatness would require serious changes—he tried to exploit this private conversation with Cummings for some cheap congrats.

You can’t blame Cummings for trying. His early words of encouragement were classy and aimed at redirecting Trump. But as America keeps learning—and re-learning—this is an impossible task. When there’s never any pivot, there’s never any point.