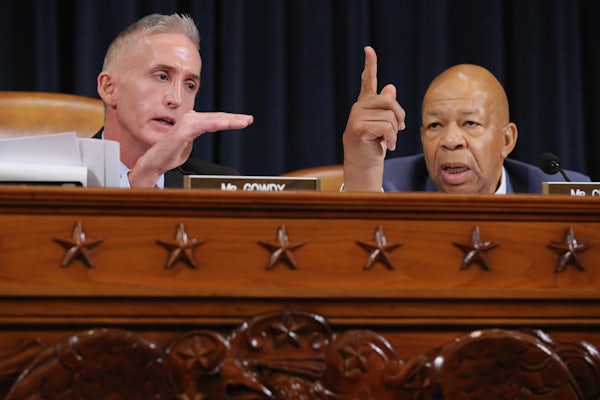 Congressman Trey Gowdy is very unhappy with all the unsubstantiated accusations of criminal activity emanating from Congress and the White House, where people aren’t tasked with investigating crimes.

This will come as a tremendous surprise to anyone who was alive six months ago, when Gowdy was the chairman of the House Benghazi Committee and issued this statement about Hillary Clinton and her private email server: “There is sufficient evidence, both direct and circumstantial, upon which a jury could conclude an intent to violate the law.”

In case you were not already convinced that GOP conduct during the last election was grosser than normal campaign-season hardball politics.