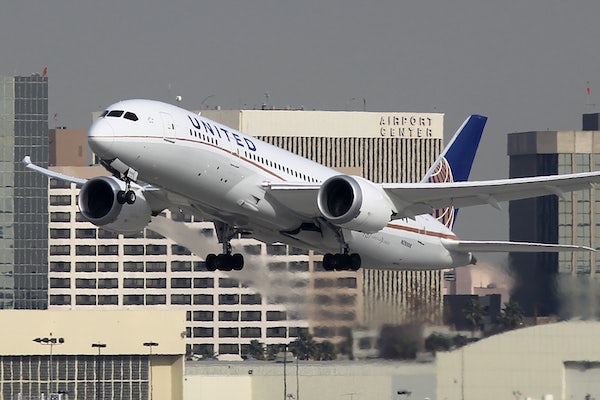 The United video is just the latest proof that airline monopolization is bad.

It has not been a very good month for United Airlines. Two weeks ago, citing an obscure dress code rule, the airline removed a 10-year-old girl from a flight for wearing leggings. United got hammered for it online. (The only dress code for flying, in my opinion, should be “keep your goddamn shoes on.”)

And on Monday—following a weekend in which its rival Delta was the airline baddie of the moment for canceling hundreds of flights—United went viral again, thanks to a horrifying video of a man being dragged off a plane by police.

The passenger in question is reportedly a doctor who did not want to leave the plane because he had patients to see the following day. The man and his wife were randomly selected by United to be kicked off, after the airline overbooked the flight and no one volunteered to disembark.

This is a horrifying video. One passenger said that the man appeared to have been knocked out and was dragged “like a rag doll.” He was eventually allowed back on, but was incredibly distressed and appeared to have blood on his face. But United is sticking to its guns. In a statement, the company acted as if it bore no responsibility for the situation:

Flight 3411 from Chicago to Louisville was overbooked. After our team looked for volunteers, one customer refused to leave the aircraft voluntarily and law enforcement was asked to come to the gate.

We apologize for the overbook situation. Further details on the removed customer should be directed to authorities.

BuzzFeed tried to follow-up, but was thrown into a Kafka-esque game of phone tag (also known as “reporting”):

United’s refusal to take responsibility is not surprising. The airline industry is remarkably concentrated, which means that threats of boycotts, not to mention widespread dissatisfaction with awful treatment of passengers in general, matter less than they would in other industries. Canceled and/or delayed flights, overbookings, rotten service, the cattle-car atmosphere of your typical airline experience—all of it is symptomatic of an industry that is dominated by just four airlines.

With basically a captive consumer base, the industry had adopted a model of essentially squeezing every last dollar from its customers—which itself perpetuates making a baseline flight utterly ghastly, what Tim Wu has described as a state of “calculated misery.” Similarly, airlines are often little fiefdoms in the airports that they control, which helps explain why they can use hired goons to remove people from planes and then act as if they bear no responsibility for anything that happens.

The result is the corporatized violence you see on display here.