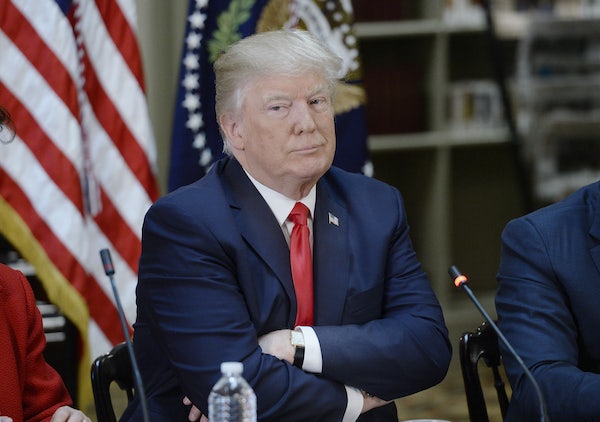 The good news for Republicans is that they won the Kansas special election. The bad news is everything else.

Republican Ron Estes, the Republican candidate for CIA Director Mike Pompeo’s vacated Kansas House seat, survived a challenge by Democrat James Thompson. Despite taking place in a very red district—Pompeo had won by 31 points in 2014—the race was surprisingly tight and was framed as the first real test of post-Trump party strength for both Republicans, who ended up throwing a ton of resources into the race, and Democrats, who didn’t. Still, Estes only won by 7 points, a remarkable 24-point swing in two years.

There are many provisos to this result, the most important being that it took place in Kansas. Its governor is the insanely unpopular Republican Sam Brownback, whose Ayn Rand-ian political experiment has transformed his state into a Rennaissance painting of hell. This election was as much a referendum on Brownback as it was on Trump. And Estes himself was a replacement-level Republican candidate at best—Republicans will have more interesting and inspiring candidates on their slate in 2018.

Republicans will try to spin this as proof that things are not as bad as they seem. Here’s Trump himself floating the narrative that the Trumpian Republican Party is as strong as ever:

While Republicans are certainly breathing a sigh of relief, this could not be further from the truth. The fundamentals of this election are terrible for Republicans. The lesson should be that very few districts are safe—as Tom Bonnier pointed out this morning, over 100 Republicans in the House are vulnerable to the kind of swing shown in Kansas. Independents are also leaning Democratic, making a winning coalition even harder.

Thompson represented something new in Democratic politics, running as a pro-choice, economic populist son of Bernie Sanders. That he did so well in Kansas suggests that these policies have appeal. There will be many more such candidates in 2018, alongside more conventional pro-business candidates. (Jon Ossoff, who is running a surprisingly competitive race for Tom Price’s seat in Georgia, is one of these candidates.) Finally, Donald Trump intervened in Kansas and may have helped Estes. But in 2018 it seems increasingly likely that his help will be unwanted, as Barack Obama found in 2010. The one big difference is that Trump is likely going to be significantly less popular than Obama was then.

One question mark for Democrats going forward is the role of the  Democratic Congressional Campaign Committee, which largely stayed out of the race. It’s possible that their involvement would have ended up hurting Thompson’s candidacy by chafing at his independent image, but they are receiving quite a bit of flack for staying out. Once again, the Democratic leadership was offered a symbolic opportunity to back an upstart, Bernie-affiliated candidate. Once again, they declined.