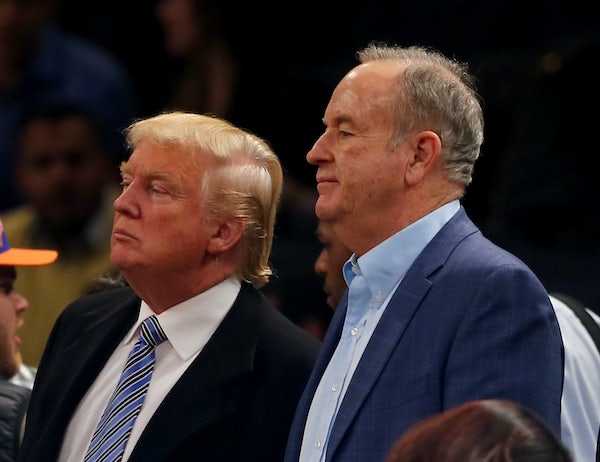 Will Bill O’Reilly’s book publisher continue to stand behind him?

Yet another woman accused the Fox News host of sexual harassment on Tuesday, weeks after the New York Times reported on the millions of dollars Fox News and O’Reilly had paid out to women who had accused O’Reilly of harassment. Then, hours after Matt Drudge cryptically tweeted an obituary for O’Reilly, the Wall Street Journal, which is owned by Rupert Murdoch, who also owns Fox News, reported that the network was preparing to cut ties with O’Reilly. New York’s Gabriel Sherman reported “the Murdochs are leaning toward announcing that O’Reilly will not return to the air.” O’Reilly is currently on a longer-than-usual vacation after dozens of advertisers fled his program in the wake of the Times story.

But O’Reilly is not just a giant of cable news—he’s also been the bestselling nonfiction author in the country for the past several years. Recently, his Killing series—Killing Lincoln, Killing Kennedy, Killing Jesus, Killing Patton, Killing Reagan, and Killing The Rising Sun—have been huge bestsellers for his publisher Henry Holt, which is part of the Macmillan conglomerate. It is unlikely that Macmillan would act before Fox News. But it is highly likely that, were Fox News to cut ties with O’Reilly, Macmillan would start to feel pressure to do the same.

The situation facing the publisher is quite different than the one facing Fox News. If Fox does let O’Reilly go, it will be because of the exodus of advertisers. O’Reilly’s show was a cash cow for Fox, bringing in hundreds of millions of dollars. Without advertisers—even if the show maintains its sizable audience, which it so far has—O’Reilly’s show is useless to Fox. Macmillan has no such problem. O’Reilly’s television audience has stuck with O’Reilly, and it stands to reason that his book-buying audience will as well. Furthermore, Macmillan is not implicated in O’Reilly’s sexual harassment scandal; Fox News is, and is in damage control mode.

But, as Simon & Schuster recently found out when one of its imprints signed right-wing hatemonger Milo Yiannopoulos, public pressure can adversely affect a publisher’s other business. Simon & Schuster was inundated with angry calls and threats to boycott. It even lost a high-profile author, with Roxane Gay pulling a book set to be published by a different Simon & Schuster imprint. There were suggestions that some agents and authors were refusing to work with Simon & Schuster because of Yiannopoulos. One could expect a similar campaign aimed at Macmillan if it were to stick behind O’Reilly, especially if Fox News abandons him.

Ultimately, Yiannopoulos alienated his core audience with comments endorsing pedophilia, and that was the nail in his book’s coffin. But that scandal also appeared to inaugurate a new era in publishing, one in which publishers would be held to higher account by consumers, authors, and agents for what they choose to publish. The company—which did not respond to requests for comment—is likely bracing for a backlash.