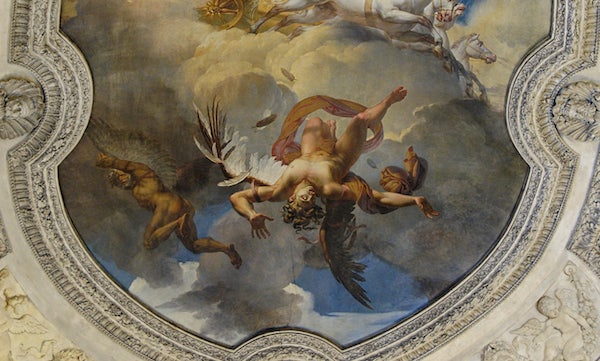 Kushner is the Trump administration’s Secretary of Everything. He has many domestic responsibilities on his plate, but he is also the White House’s chief diplomatic envoy—he is the point man on China and Mexico and the Middle East, having been assigned to bring an end to the Israeli-Palestinian conflict. So it’s no surprise that comparisons to Henry Kissinger have followed. The administration, perhaps uneasy about the sheer breadth of Kushner’s responsibilities and the fact that he has no diplomatic or political experience whatsoever, has also played up the connection: Kissinger is reportedly mentoring Kushner.

Kissinger returned the favor by penning Kushner’s entry in Time’s annual list of the 100 most influential people in the world. The list is, as usual, almost incomprehensibly pointless. (“I feel a special space kinship with Jeff Bezos,” writes Buzz Aldrin, “albeit one grounded not here on Earth, but far away on the moon.” Cool!) But Kissinger’s entry on Kushner is more pointless than most. It has not only been plainly dashed off, but also hilariously undercuts the man it is supposed to be elevating.

In two paragraphs, Kissinger manages to say nothing at all. He begins with a B- beginning of an undergraduate political science paper. “Transitioning the presidency between parties is one of the most complex undertakings in American politics,” Kissinger writes. “The change triggers an upheaval in the intangible mechanisms by which Washington runs: an incoming President is likely to be less familiar with formal structures, and the greater that gap, the heavier the responsibility of those advisers who are asked to fill it.”

That’s paragraph one. Kushner doesn’t come in until paragraph two, wherein Kissinger writes about Kushner as if he were a godson he barely knows: “This space has been traversed for nearly four months by Jared Kushner, whom I first met about 18 months ago, when he introduced himself after a foreign policy lecture I had given. We have sporadically ­exchanged views since. As part of the Trump family, Jared is familiar with the intangibles of the President. As a graduate of Harvard and NYU, he has a broad education; as a businessman, a knowledge of administration.” (Kissinger’s half-hearted entry only gets weirder when you consider the enthusiasm of his past Time 100 entries, like this one on the now-disgraced Elizabeth Holmes, whom he describes as “striking, somewhat ethereal, iron-willed.”)