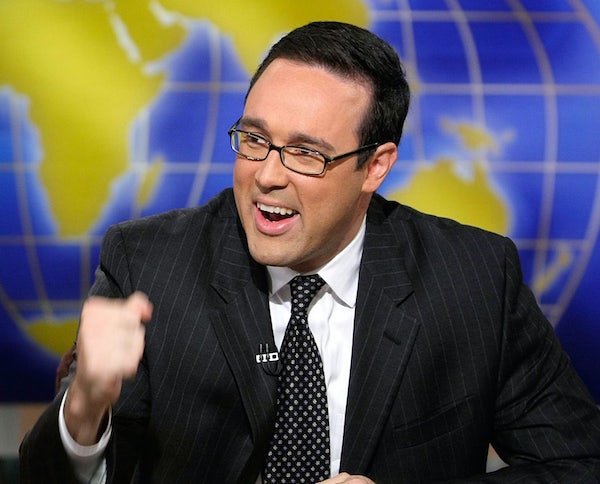 While speaking at a panel in Germany, Ivanka Trump was booed when she made the absurd case that her father is a feminist hero because his hiring record shows his “belief and solid conviction in the potential of women and their ability to do the job as well as any man.” Even worse, CNN analyst Chris Cillizza jumped in with a singularly dimwitted column attempting to shield her from criticism.

Cillizza admitted Trump’s long history of contempt for women, ranging from boasting about grabbing female genitalia to his defunding of Planned Parenthood. Despite this, he said, criticizing Ivanka Trump is beyond the pale of decency. “But, it’s important to remember that Ivanka is, first and foremost, her father’s daughter. As such, she is going to defend him—as would almost every daughter in any situation in which her dad is under attack. And, whatever you think of the Trumps, it’s beyond debate that they are a very close-knit family who always sticks together.”

Cillizza’s advocacy on behalf of Ivanka easily shades into condescension. After all, Ivanka is not just Trump’s daughter, she is also a public figure: a White House adviser who has reportedly shaped policy on issues like Syria. Since she’s a public figure, her words deserve all the scrutiny and criticism that are normally given to politicians, cabinet officials, and other notables.

Moreover, it’s not at all true that the Trump clan is “a very close-knit family who always sticks together.” Trump’s first two marriages ended in bitter divorces and during an inheritance battle Trump notoriously cut off medical insurance for the ailing infant son of one his nephews.

Finally, Cillizza has defended treating Chelsea Clinton, who has never run for public office and does not hold any government position, as a public figure:

There is no logical reason for Cillizza to champion Ivanka Trump in this matter, unless of course his goal is to curry favor with the administration and its supporters and to advance CNN’s strategy of parroting Trump talking points.