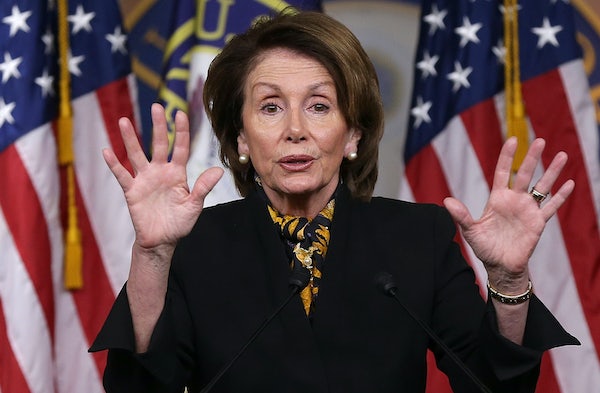 Why won’t the DCCC release its autopsy report?

Good news: The Democratic Congressional Campaign Committee has prepared a thorough autopsy report about its flaws. Bad news: You can’t read it. According to Politico, the report is the long-awaited result of Rep. Sean Patrick Maloney’s investigation into the DCCC’s weaknesses, which were evident in the disaster that was the 2016 election. Those weaknesses allegedly revolve around the ways the DCCC raises and spends money but, again, who really knows:

Only about two-dozen lawmakers showed up for the presentation, which sources described as “dense but thorough.” But members were not allowed to have copies of the report and may view it only under the watchful eyes of DCCC staff.

We are talking about a report on the status of the party’s congressional campaign arm, not The Book of Kells. Unless it’s written on precious vellum using ink squeezed directly from the hearts of elderly scribes, there’s no good reason for the secrecy. The DCCC’s official explanation—that the report is meant as internal analysis not intended for “public consumption”—is simply not persuasive.

This latest incident is another data point in a troubling pattern. At any hint it may be asked to account publicly for its failures, the Democratic Party pulls up its drawbridge and retreats deep into itself. It does not seem to grasp that, as a political party, it has an obligation to be transparent to its supporters. It owes those supporters something. At the moment, it specifically owes them explanations about its weak and miserable state. That’s especially important now, with the 2018 midterms looming: The party only added six House seats last November, a showing it must improve next year.