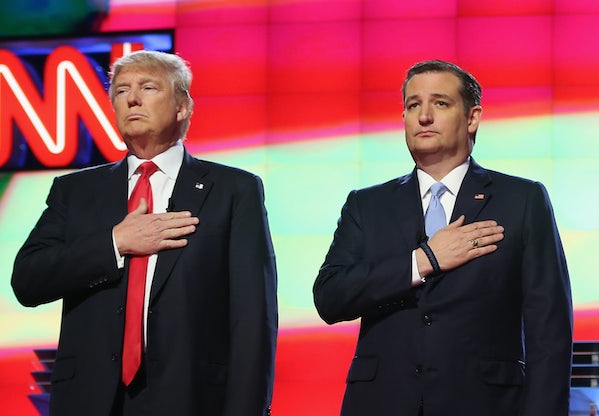 Speaking to the National Riffle Association, the president rehearsed the saga of his relationship with another politician in attendance: Texas Senator Ted Cruz. As Trump noted, Cruz was someone he “really liked, didn’t like, and now like again.” As the crowd laughed, Trump asked, “Does that make sense?” Then he summed up the whole story in three words: “like, dislike, like.”

This rendition is accurate enough: Trump and Cruz had been allies during the early part of the Republican primaries, then became bitter foes as Trump insulted the appearance of Cruz’s wife and accused Cruz’s father of involvement in the assassination of President John F. Kennedy. They became allies again when Cruz swallowed his pride and supported Trump for president.

All of which suggests two things: 1) Trump might be the only person in Washington who likes Ted Cruz and 2) this situation won’t last. Since the relationship is so fickle, it could easily turn to “like, dislike, like, dislike.”