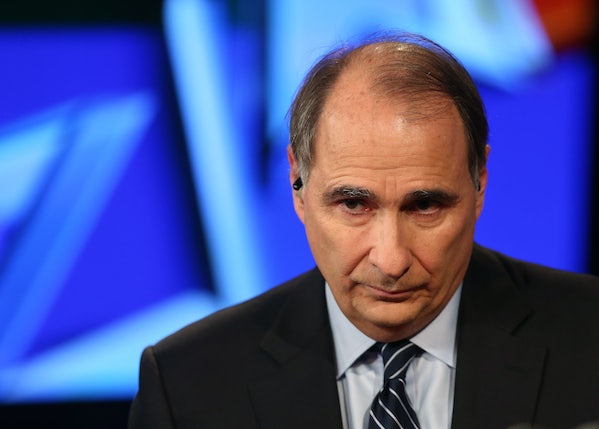 Axelrod, who managed both of President Obama’s successful presidential campaigns, was one of the Clinton campaign’s most incisive critics during the 2016 election. Throughout the campaign, Axelrod repeatedly made the case that Hillary Clinton herself was the source of her campaign’s problems.

In September, after pneumonia caused Clinton to rush out of a 9/11 memorial event, Axelrod asked, “Antibiotics can take care of pneumonia. What’s the cure for an unhealthy penchant for privacy that repeatedly creates unnecessary problems?” In the gossipy and illuminating tell-all Shattered, Jonathan Allen and Amie Parnes report that Axelrod’s critique got inside Clinton’s head—and that the campaign was paranoid that chief strategist Joel Benenson was feeding criticisms to Axelrod, who would air them on CNN.

On Tuesday, Axelrod delivered another memorable critique of Hillary Clinton—this time over the explanation she gave this week for why she lost the election.

“Jim Comey didn’t tell her not to campaign in Wisconsin after the convention. Jim Comey didn’t say, ‘Don’t put any resources into Michigan until the final week of the campaign.’ One of the things that hindered her in the campaign was a sense that she never fully was willing to take responsibility for her mistakes, particularly that server,” Axelrod said.

He added, “She said the words ‘I’m responsible,’ but everything else suggested that she really doesn’t feel that way and I don’t think that helps her in the long run. It takes a lot of work to lose to Donald Trump, let me tell you. He was the least popular presidential candidate to win in the history of polling, and so it wasn’t just the Comey letter. The fact that she was in a position to lose because of the Comey letter is something that deserves some introspection.”

As with his criticism during the campaign, this is sharp-edged and ultimately constructive—Hillary Clinton should take responsibility and move on.