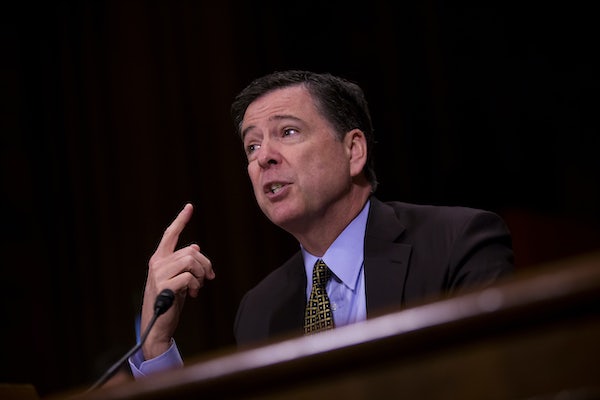 James Comey wants everyone to know how much he’s suffered over Hillary Clinton’s emails.

Many Democrats blame the FBI director for the election of Donald Trump. That group includes Clinton herself, who said Tuesday she “was on the way to winning” until Comey’s October 28 announcement that the FBI was investigating newly discovered emails—a decision that sent her poll numbers in a tailspin. But the man at the heart of the controversy is portraying himself as the real victim here. In a Senate Judiciary Committee hearing on Wednesday, Comey projected professional competence at times, martyrdom at others.

“I’m made of stone,” Comey said, when asked whether he needed a washroom break. But he also revealed a more human, sensitive side. “It makes me mildly nauseous to think we might have had an impact on the election,” Comey claimed. He has endured not just nausea, but real pain. ”Lordy, has this been painful,’’ Comey said. ‘‘I’ve gotten all kinds of rocks thrown at me and this has been really hard, but I think I’ve done the right thing at each turn.’’ Comey added that he does have one regret: taking the FBI job in the first place.

His testimony was a one-act play titled The Pathos of James Comey.