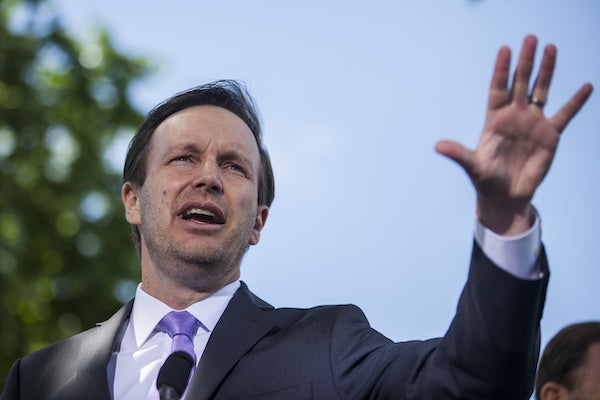 The staggering dishonesty of the Republican Party’s efforts to sell the American Health Care Act hasn’t gone unnoticed among Democrats, and it will have a lasting impact on national politics, especially if the bill becomes law.

In my conversation with Connecticut Senator Chris Murphy Monday, I was struck by how the false claims Republicans are making about the AHCA are, just by themselves, shaping both Democratic opposition tactics and how Democrats are thinking about what will happen should the GOP’s deception campaign succeed.

“The political establishment is always very reluctant to call something a lie or call someone a liar,” Murphy told me. “But,” he added,

I don’t see any way around it for [Kevin] McCarthy and [Paul] Ryan to go out there and consistently claim that no one is going to lose their health insurance because of a bill that CBO scores as a loss to the number of insured by 24 million or that no one with a pre-existing conditions will be denied coverage, which is plainly not the case, especially in this new version—I don’t see that as anything else than a lie; a statement that is untrue, that is knowingly untrue, and is made to try to affect public debate. So I think we’ve got to call these guys out right now.... If Democrats get control of the House and the Senate, and Republicans rip away health care from 24 million people, we are going to do whatever it takes to restore health care to the people who had it taken away. If they actually allow insurance companies to discriminate against sick people, then they’re going to lose majorities of the House and the Senate in 2018, and we’ll have the numbers potentially necessary to restore those benefits.”

You can listen to the whole conversation here:

The question of what Democrats will do if Trumpcare passes is obviously fraught with unknowns and hypotheticals, from whether President Trump himself will win re-election, to whether Democrats will reconsolidate power again anytime soon. But Murphy says Republicans shouldn’t expect Democrats to be compromise-oriented going forward if Republicans uproot the Affordable Care Act in such a partisan and procedurally aberrant manner.

“You can argue that had we done Medicare for all in 2009, it might have been much more popular and much harder to attack than the bill that we passed, which was an attempt to try to fix the underlying problems in the health care system while maintaining the  existing platform—this mix of public and private care,” Murphy told me. “Clearly extending Medicare to everyone is much more easy to explain and much easier to comprehend. It’s probably most easy for the public to stomach if they’re given the choice to sign up for a Medicare program or stay on their private plan; I think you would see, if they were given that choice, a pretty massive gravitation over to a Medicare-for-all type vehicle, because it would likely provide better benefits and at lower cost…Clearly that’s going to be on the table if they move forward with this repeal.”