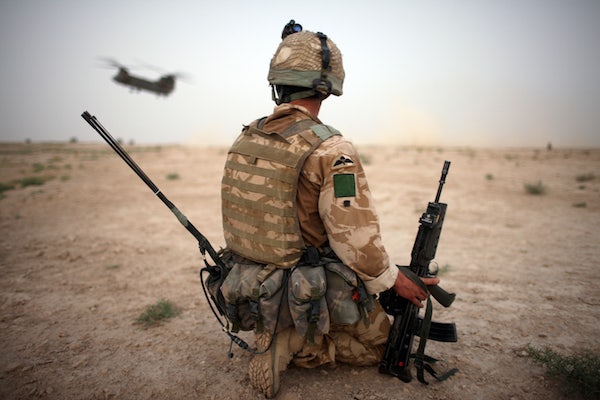 There is a contradictory Trump tweet for everything, Afghanistan edition.

No matter what position Donald Trump takes, no matter what policy he pursues, there is bound to be an earlier tweet of his rebutting that position or policy. Unlike his newer tweets, which tend to be lightning flashes of incoherent rage, the old tweets are often strikingly on point, expressing an outsider’s frustration with the seemingly incomprehensible choices made by the mandarins in Washington, D.C. Take, for example, Donald Trump’s thoughts in January of 2013 on the U.S. military’s involvement in Afghanistan, which at that point had just passed the 11-year mark:

Four years later, Donald Trump, this time as president, is considering sending more troops to Afghanistan, so the U.S. can reverse the Taliban’s recent gains and “start winning” again, according to an American official cited by The Washington Post. This time, Trump is reportedly considering letting the military set U.S. troop levels, in a bid to force the Taliban to the negotiating table. The deployment of an estimated 3,000 troops would depend on President Ashraf Ghani’s ability to root out government corruption and improve the effectiveness of the wobbly Afghan army.

Aside from giving the military the steering wheel, we have seen some version of this strategy, with the same caveats and conditions, numerous times over the last 15 years. The size of the U.S. presence in Afghanistan waxes and wanes, gains are made then lost, and nothing really changes—which is what Trump so succinctly captured in his tweet. Either President Trump has come to realize that the situation in Afghanistan is far more complex than he could have imagined as a civilian, or he is on the verge of being captured by the very Washington groupthink that he used to throw stones at.