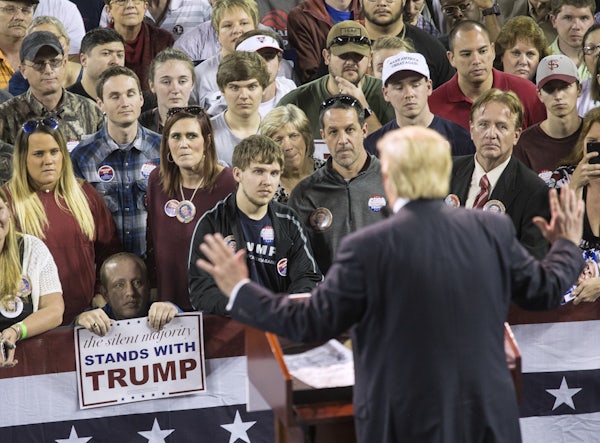 That’s the gist of a new study by The Atlantic and the Public Religion Research Institute, which looked at the much-discussed white working class voters who carried President Donald Trump to victory in last November’s election. While many pundits emphasized these voters’ economic anxieties, this new analysis, published Tuesday, shows that Clinton won those with financial troubles. “People who said their finances are only in fair or poor shape were nearly twice as likely to support Clinton compared to those who feel more economically secure,” wrote The Atlantic’s Emma Green. The best predictors of Trump support, meanwhile, were partisan affiliation and “feeling like a stranger in America, supporting the deportation of immigrants, and hesitating about educational investment.”

Some of this is worthy of empathy. Americans should feel for the more than half of Trump voters in the white working class who believe “investing in college education is a risky gamble.” This economic fatalism, particularly among men, is troubling. Yet this study suggests much of the white working class cultural anxiety is nothing more than a backlash to multiculturalism—or straight-up xenophobia and racism.

In addition, though just 27 percent of white working-class voters said they support deporting undocumented immigrants, “Among the people who did share this belief, Trump was wildly popular: 87 percent of them supported the president in the 2016 election.” The upshot of these findings—that Trump voters are less economically insecure, and more insecure about the country changing around them—will embolden those who argue that white identity politics drove the election result.

With this study, Green wrote, “It would be a mistake to use this insight to create yet another caricature of the Trump voter.” It would also be wrong to ignore the emerging picture staring us in the face.