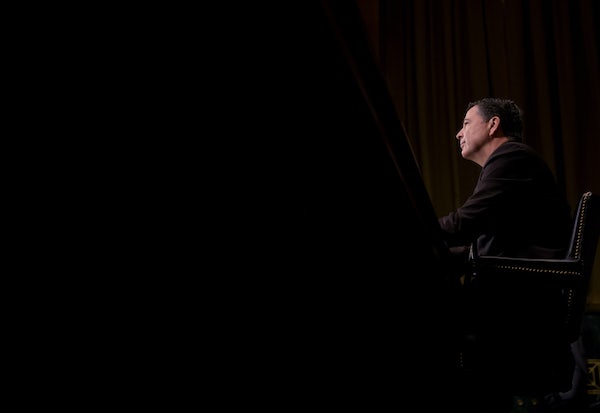 The firing of James Comey is the biggest political story in decades.

This needs to be said. Setting aside natural disasters, terrorist attacks, wars—almost nobody working in national journalism today has covered a story of this magnitude before.

The one story that might have come close never actually became a story, and that’s thanks in large part to none other than James Comey himself. It was Comey who alerted President Bush over a decade ago that his White House staff had attempted to subvert the Justice Department’s independence by pressuring the severely ill attorney general, John Ashcroft, to renew an unconstitutional wiretapping program. Had Comey not ultimately prevailed in that dispute, he would, by his own telling, have led an exodus of senior Justice Department officials from the Bush administration, in the middle of an election year. That would’ve been huge news. It never happened.

A critical test of whether Donald Trump will be able to turn the DOJ into an instrument of harassment, revenge, and self-protection is if this act of subversion results in some kind of similar reassertion of independence. As I noted last night, one way that could happen is if Deputy Attorney General Rod Rosenstein appoints a trusted special prosecutor to take over the Russia-Trump investigation. Another is if Comey’s replacement is a consensus pick.

Failing that, though, the nuclear option would be an exodus of the kind Comey engineered as a contingency during the Bush years. If that doesn’t happen—if Trump nominates someone like Rudy Giuliani to helm the FBI; Republicans in the Senate allow it; and the FBI acquiesces to it—the corruption of the FBI and DOJ will be complete.

The irony can’t be lost on Comey that his own unorthodox, damaging efforts to preserve the integrity of the FBI may have sown the seeds of the agency’s undoing. In October, one of his subordinates at FBI asked him to consider whether sending his infamous letter to Congress about Hillary Clinton’s emails might result in the election of Donald Trump.

Comey said, “Thank you for raising that. Not for a moment. Because down that path lies the death of the FBI as an independent institution in America.’”