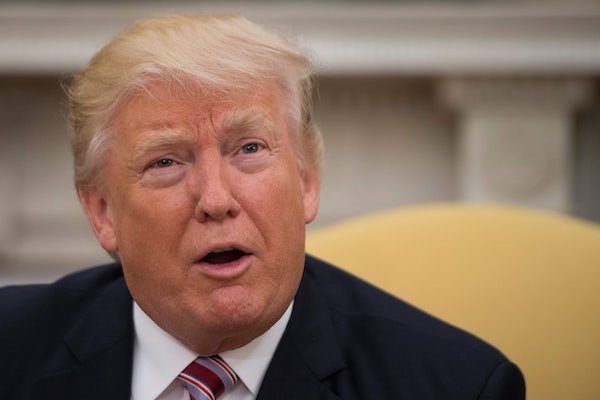 Three days ago, Sean Spicer announced that Trump’s lawyer was sending a “certified letter” to Senator Lindsey Graham to make it clear that he had no connections, financial or otherwise, with Russia. What would this letter prepared by Trump’s lawyer prove? Nothing really—just that Trump is willing to put in writing what he has stated again and again. But it was a particularly Trump-ian twist. Despite not proving a thing the letter did its job, which wasn’t to reassure a skeptical public about his connections to Russia, but rather to provide temporary political cover.

This is not a very good strategy, but it’s one Trump loves. He’s hopped from certified letter to certified letter, finding new and always temporary ways to defend himself from scrutiny whenever the Russia investigation threatens to engulf his presidency. On Friday, Trump’s attorney unveiled the newest iteration of the certified letter defense:

This is hilariously opaque and obviously intended to obfuscate—but it doesn’t even do a good job at that. (In 2015, Eric Trump reportedly said “Well, we don’t rely on American banks. We have all the funding we need out of Russia.” Eric denies saying this.) Trump’s lawyer also indicated that the exceptions included money made from the 2013 Miss Universe pageant, a Florida property sold to a Russian in 2008, and an “immaterial” amount spent at Trump hotels, golf clubs, and other entities.

This is only the illusion of transparency. There are only two ways for Trump to make this story go away: The first is to release his tax return, the second to allow an independent investigation into his campaign’s ties to Russia. He refuses to do either.