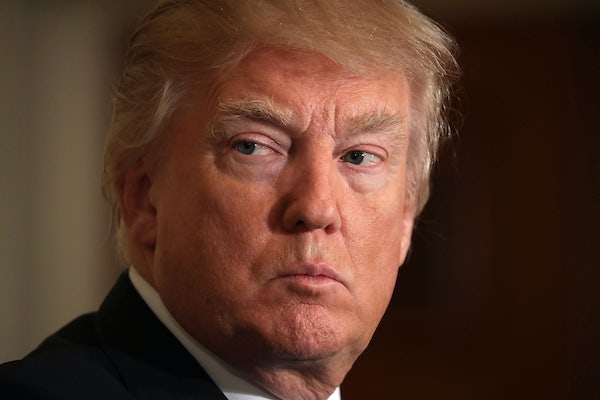 Is Donald Trump wearing a wire?

On Friday morning, Trump tweeted that former FBI Director James Comey “better hope that there are no ‘tapes’ of our conversations before he starts leaking to the press.” “The implication,” as The New Republic’s Alex Shephard noted, “seems to be that Trump is wiretapping himself—a la Nixon’s infamous tape system—and that, if Comey spills the beans, Trump will hit him with the tapes.” Shephard reasonably assumed the president was bluffing, but now comes this bizarre Bloomberg News report:

Over the course of Trump’s presidency, it’s become clear that there are repercussions for contradicting the president’s outlandish claims—James Comey seems to have been fired, in part, because he informed Congress that there was no evidence that President Obama bugged Trump Tower. So, every claim should be taken with a grain of salt. But the White House is very strongly suggesting that Trump is secretly recording conversations, or at least leaving that open as a possibility. They may be doing so simply because they expect that Comey, who was fired, they claim, for grandstanding, will try to have his revenge in the press and want him to second guess that decision. But who knows with this White House—maybe Trump really is bugging himself.