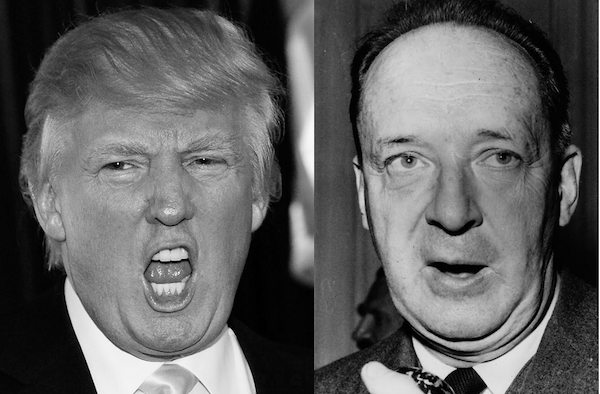 Jones has a theory that Trump coded a secret message in his letter firing FBI Director James Comey. If you selectively read the first letter on each line, you can come up with a hidden letter reading “Dear Director Comey, I Win.”

This might seem like a wildly implausible trick but perhaps Trump (or Jones) was thinking of the great Russian-American writer Vladimir Nabokov. As the scholar Julian W. Connolly notes, in Nabokov’s 1951 story The Vane Sisters, “the first letter in each word in the story’s final paragraph forms a message from the dead Vane sisters, Cynthia and Sybil (‘Icicles by Cynthia, meter from me Sybil’).” Nabokov’s story was rejected by Katharine White of The New Yorker, who didn’t catch the trick. In response, Nabokov wrote this was her fault, not his: “You may argue that reading downwards, or upwards, or diagonally is not what an editor can be expected to do; but by means of various allusions to trick-reading I have arranged matters so that the reader almost automatically slips into this discovery, especially because of the abrupt change in style.”

All of which raises the possibility: could Donald Trump be the Nabokov de nos jours?