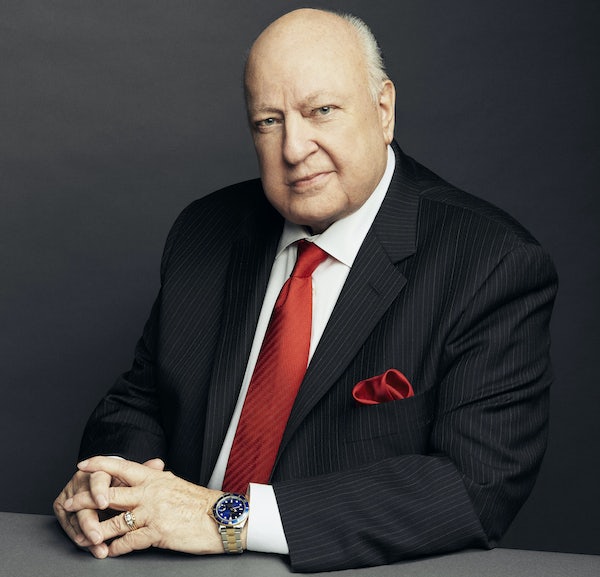 Roger Ailes, perhaps the most destructive force in American politics in the last 50 years, is dead.

Ailes’s death was announced on Thursday by his wife, Elizabeth. “I am profoundly sad and heartbroken to report that my husband, Roger Ailes, passed away this morning,” she wrote in a statement. “Roger was a loving husband to me, to his son Zachary, and a loyal friend to many. He was also a patriot, profoundly grateful to live in a country that gave him so much opportunity to work hard, to rise—and to give back. During a career that stretched over more than five decades, his work in entertainment, in politics, and in news affected the lives of many millions. And so even as we mourn his death, we celebrate his life.”

Ailes liked to say that he quit politics when he took over Fox News in 1996, but the move from politics to media was really just hastened by the seamless blending of the two. Fox News understandably looms large over Ailes’s life. It will dominate the coverage of his death, especially since it comes in the wake of his firing from the network for allegations of serial sexual harassment. But his corrosive influence on American politics began long before he started at the network. Ailes became a legendary political operative after he masterminded the rebranding of Richard Nixon, relying heavily on television to change Nixon’s public image.

In 1968, Ailes carefully scripted Nixon’s persona. He helped Nixon get elected by micromanaging his appearance and public utterances, and by stoking racial fear and resentment. Over the next three decades, as Tim Dickinson wrote in his profile of Ailes, he “papered over Ronald Reagan’s budding Alzheimer’s in 1984, shamelessly stoked racial fears to elect George H.W. Bush in 1988, and waged a secret campaign on behalf of Big Tobacco to derail health care reform in 1993.” Ailes also played roles in the conspiracy theory that engulfed Vince Foster’s suicide in the 1990s, and the rise of Mitch McConnell, whom he had carry an empty briefcase to signal to Kentucky voters that he was weighty enough to handle the Senate.

But it was at Fox News where Ailes’s work took on country-altering proportions. He turned Fox News into the most powerful political machine in the country, pushing millions of viewers into the right-wing fever swamps. Using the veneer of journalistic ethics—the network pitched itself as “fair and balanced”—Fox News played a major role in fostering the Clinton conspiracy complex, cheerleading George W. Bush’s presidency (particularly the invasion of Iraq), stoking anti-Muslim sentiment after 9/11, perpetuating the idea that Barack Obama was not a citizen, and launching the Tea Party. Finally, Ailes’s political project culminated, intentionally or not, in the election of Donald Trump.

Ailes’s downfall was just as spectacular as his rise. As he built Fox News into a juggernaut, it took on aspects of his personality. He was autocratic and paranoid, giving the network a bunker mentality. He was openly misogynistic. It was this last trait that ultimately destroyed his career and should have have destroyed his reputation—over the last year there has been a deluge of sexual harassment complaints against Ailes and other men at Fox News. Since his ouster, the network has been in something of an existential crisis.

From a big-picture perspective, Ailes is one of the most influential figures of the twentieth and early twenty-first centuries, a man who saw the potential for television to distribute political messages that might not otherwise have wide currency. For better and for worse, cable news—not just Fox News—is Ailes’s creation. In so doing, he helped create our balkanized political climate, the cancer eating away at the very idea of an American body politic.