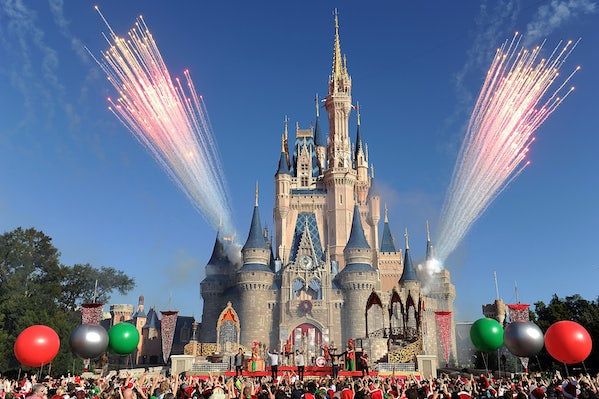 Disney World has a problem with its animatronic Trump.

The creative minds at Disney have a problem. Normally the current occupant of the White House gets a robot counterpart, which is given a speaking part in the animatronic show at the Hall of Presidents. But the current president is so polarizing that Disney is worried he’ll ruin the show. According to reporting from Motherboard, the solution is to have a mechanical Trump but keep his speaking parts to a minimum:

Motherboard spoke via email and phone to a source close to Walt Disney Imagineering—the research and development department behind Disney’s theme park attractions. And according to the source, Donald Trump will be in the attraction, but he will probably not have a speaking role, unlike the three presidents immediately before him. The Imagineers will likely revert the attraction to its pre-1993 format, where only George Washington and Abraham Lincoln recited lines, while keeping the more realistic, grounded tone of the current show.

This might be a good business solution but it would be much more entertaining if Disney had made the animatronic Trump imitate the real one as closely as possible. Imagine a mechanical president telling visitors about his amazing Electoral College victory, the perifidy of Crooked Hillary, the dangers of Mexican rapists, and how he’ll build a wall and make Mexico pay for it. If the show were restricted to adults, animatronic Trump could even talk about grabbing women by their genitals.