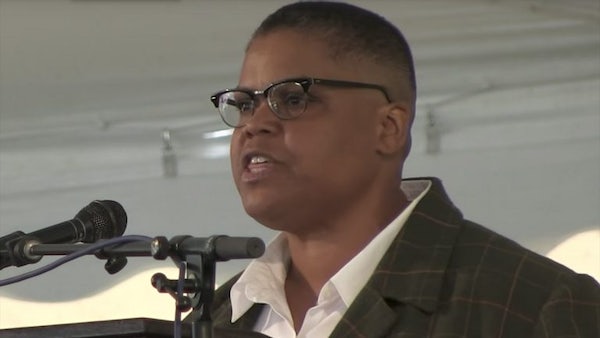 Where is the outrage for Keeanga-Yamahtta Taylor?

Princeton University professor Keeanga-Yamahtta Taylor has been forced to cancel speeches in Seattle and at the University of California, San Diego due to violent threats from the right wing. As The Seattle Times reported on Thursday, the threats started after Fox News covered her May 30 commencement speech at Hampshire College. In it, she correctly called Donald Trump “a racist, sexist megalomaniac.”

“Since last Friday, I have received more than 50 hate-filled and threatening emails. Some of these emails have contained specific threats of violence, including murder,” she said in a May 31 statement. “I have been threatened with lynching and having the bullet from a .44 Magnum put in my head.”

But Taylor’s crisis hasn’t received much attention outside local news. When Middlebury College students protested Charles Murray, pundits protested. As Osita Nwanevu noted at the time, a Washington Post column even compared his situation to that faced by the Little Rock Nine. See also: Ann Coulter and Milo Yiannopolous.

There are some distinctions to note: Taylor is not being no-platformed in the sense that we commonly understand it, and the fervor she now fights developed in response to a campus speaking engagement to which no one objected at the time.

Nevertheless, it’s striking that her situation has garnered almost no outrage from the usual free-speech defenders. There are no columns in The New York Times or The Atlantic or New York magazine. There are no fevered tweets, no hand-wringing on her behalf. Instead, we have yet another Times column about the excesses of college liberals.

Taylor is inarguably in more danger than Charles Murray. She is a black person in a country with a long history of white supremacist violence—and in recent years that violence has been especially public. Just last month, a white supremacist stabbed two bystanders to death in Portland when they interfered with his racial abuse. Racism may also have motivated the May slaying of a black college student in Maryland.

Coverage of free speech fights in the U.S. casts the left as illiberal antagonists and lets the right off the hook for its own, much more serious history of censorship. By defending Charles Murray, and not Taylor, the media has shown some revealing inconsistencies in its concerns about free speech.