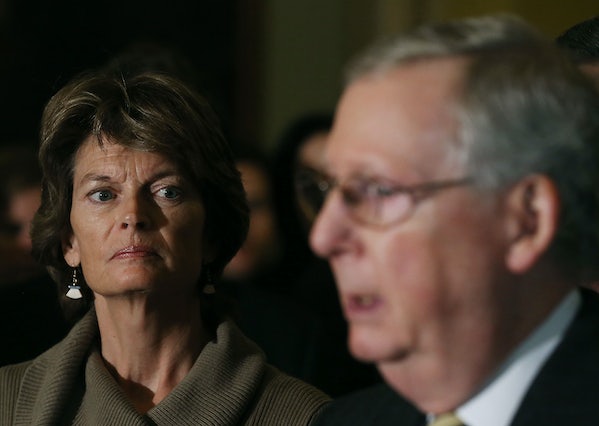 Mitch McConnell is trying to make liars out of Republican opponents of his odious health care bill.

The Senate majority leader has sought to bridge the divide between his most and least conservative members by giving the former a major concession and the latter trivial consolation prizes, along with a vague promise that they’ll get their way in the future.

The updated Republican health care bill now includes a provision, spearheaded by Senator Ted Cruz, that would allow insurance companies to sell essentially unregulated health plans, creating a death spiral in the market for regulated plans that cover care for sick people. On the other side of the divide, the Republican senators that wanted the bill to be more fiscally generous get zero extra dollars for premium subsidies and zero extra dollars for Medicaid. McConnell has instead plussed up funds to stabilize markets and backstop plans that cover sick people. Insurance company money, in other words.

Given everything that wavering senators like Nevada’s Dean Heller said about the original draft of the bill—that it was unsupportable unless McConnell dialed back the Medicaid cuts—they should continue to oppose the revised version. McConnell’s final pitch to them, according to The Washington Post, is that the “bill’s deepest Medicaid cuts are far into the future, and they’ll never go into effect anyway.”

The cynicism here is breathtaking. Any senator who flips to yes on the basis of this promise is taking all the risks with their constituents’ lives that they claimed to oppose, and insulting those constituents’ intelligence on top of it. As we’ve seen in recent years with budget sequestration, Congress doesn’t automatically undo scheduled spending cuts when deadlines come due. The proposition is that the most vulnerable citizens should take a flyer on the hope that the least honest governing party in memory will take another vote at some point in the future to spare them, after voting to sacrifice them in the here and now.