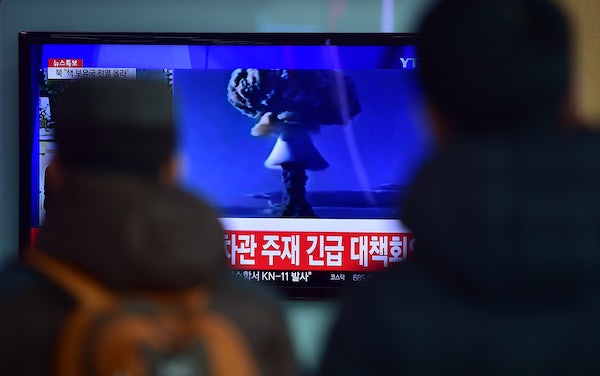 A nuclear conflict with North Korea would be even more dangerous than you think.

The short- and long-term casualties from the denotation of just one nuclear bomb in North Korea or the United States would be staggering. But a scientist who studies the climactic impacts of nuclear war is warning that deaths from a bomb’s impact and radiation are not the only dangers to consider. “If you start into something like this, it can lead to all sorts of unexpected consequences,” said Owen Brian Toon, a professor at the University of Colorado, Boulder’s Laboratory for Atmospheric and Space Physics. One of those consequences is a nuclear winter that darkens the skies, dramatically cools the climate, causes widespread crop failures, and kills millions of people who don’t even live in the immediate conflict zone.

Just one bomb—or even two, or five, or ten—isn’t going to do this. Toon’s research on nuclear winters, the first of which was published in 1983, asserts that approximately 100 Hiroshima-size atom bombs would be needed to produce such devastating, far-reaching impacts. North Korea certainly does not have the nuclear capacity for that (Hell, the country may not even have the capacity for one.) But Toon’s concern is one that The Economist laid out this week: “The most serious danger is not that one side will suddenly try to devastate the other. It is that both sides will miscalculate, and that a spiral of escalation will lead to a catastrophe that no one wants”—namely, a confrontation between the U.S. and North Korea’s ally China.

China’s nuclear arsenal isn’t huge, but it’s certainly enough to fuel a large-scale nuclear war. Toon noted that multiple nuclear bombs would cause huge fires, and the “energy released from the fires can be 100 to 1,000 times greater than the energy released from the bombs.” Those fires, he said, “put smoke into the upper atmosphere, which blocks the sun from reaching the surface.” Temperates fall rapidly. Crops die. People starve to death. “If there’s a nuclear war somewhere else, you’re likely to be severely effected by these temperature drops,” Toon said. “This is a highly dangerous situation. One hopes the Trump administration understands that.”