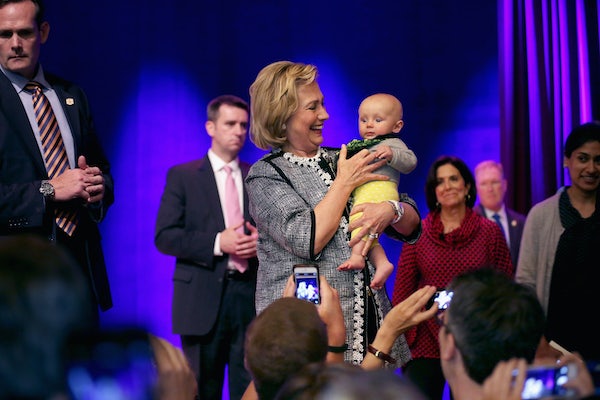 Over the weekend, the Clinton uber-loyalist announced the launch of a new website, Verrit. Daou, a former Clinton campaign aide, claimed that Verrit is intended for the “68.5 million,” a nod to Clinton’s share of the popular vote last November. It purportedly allows users to submit facts, which the site then verifies and posts, but it sure seems like a way for Daou to continue to grind various axes with Clinton’s critics. Then, Clinton herself endorsed the site.

This is very embarrassing to look at! So are the rest of Daou’s tweets, which contain a number of strange claims intended to prove the need for Verrit’s existence:

Daou provided no sourcing for his claims that a DDOS attack took Verrit down—a dubious beginning for a would-be purveyor of facts. Nor is it clear why people would want to destroy Clinton, who is not an elected official.

In fact, it’s unclear what purpose Verrit serves. “For a startup like this to work, it has to have a clearly defined mission, a valuable product and an engaged base which actually has an interest in using the platform long-term. Verrit has none of these,” Tom McKay noted at Gizmodo on Monday. Far from the 68.5 million users Daou believes his platform will attract, Verrit’s biggest backers right now appear to be writers for the pro-Clinton news site Shareblue:

Daou told Business Insider that he is personally funding the website right now, and it shows. Its cards look like they were designed in a junior high graphic design class. Its “facts,” which are supposed to be its key contribution to The Discourse, are shaky, and there are no public details available about how its verification process works. And it posts things like this:

This is not a fact. It’s propaganda. It is intended to vindicate Clinton and demonize those on the left who disagree with her.

It is no surprise that Daou’s new venture seems very scammy. But it is amazing that, after all that has happened, Clinton is still allowing people from her inner circle to humiliate her in public.