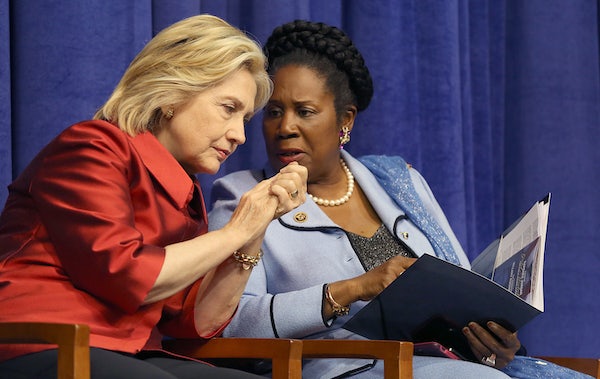 Democrats are losing their most loyal voters: black women.

At a moment when so much attention is focused on how Democrats can win white working class voters who backed President Donald Trump, new data shows support for the party is slipping among its most reliable voters—94 percent of whom supported Hillary Clinton last year. (Older black women in particular constitute the party’s electoral base.) According to a Black Women’s Roundtable/ESSENCE poll released on Wednesday, “The majority of Black women continue to believe in the Democratic Party, although the support dropped significantly in a year. In the 2016 survey, Black women overwhelmingly (85%) felt the Democratic Party best represented their interest.” That number fell to 74 percent this year.

These voters aren’t running into the arms of Republicans, of course—just one percent of respondents said the GOP best represents them. But the percentage of black women who said neither party represents them jumped from 13 percent in 2016 to 21 percent in 2017. Representative Sheila Jackson Lee, a Texas Democrat in the Congressional Black Caucus, addressed the news after the poll’s release at the Washington Convention Center. “I respect independents. I understand independents,” she told the crowd, arguing that her party needs to do more to communicate its values. “I’ve never said I’m in the Democratic Party because I like to party,” she said. “I’m in there because of values.”

Speaking to reporters, Jackson Lee attributed the decline in support to younger voters. “Every generation has a different way of looking at life,” she said. Today’s young people came of age under President Barack Obama when “all was well,” so now the Democratic Party needs to “talk values” particularly to younger black women. Jackson Lee insisted she’s “not daunted at all” by the drop off in support, but had a clear message for her party. “Democrats do well to listen to the standard-bearers of the party,” she said. “We need to shine our armor. We need to buff up our teapot.”