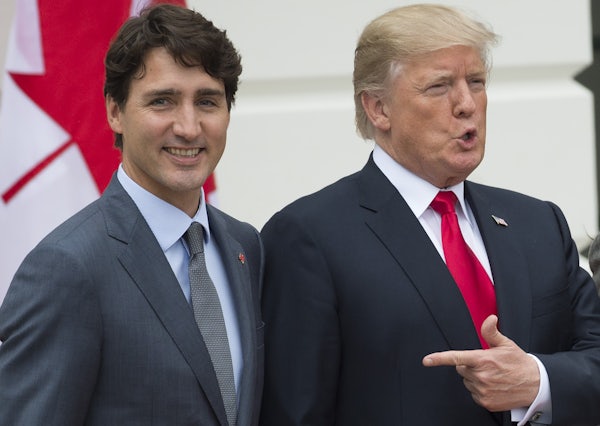 From UNESCO to NAFTA, Trump seems to be disengaging America from the world.

On the face of things, the Trump administration’s decision to pull out of the United Nations Educational, Scientific and Cultural Organization (UNESCO) over its alleged anti-Israel bias might seem like minor matter. After all, the UNESCO announcement represents a continuation of the Obama administration’s earlier policies to play a lesser role in the world body. But coupled with other Trump policies (such as withdrawing from the Paris accord on climate change, and threatening to pull out of the Iranian nuclear deal) the UNESCO decision forms a distressing pattern. America’s longtime allies and negotiating partners are facing a new status quo—one in which they can never be certain where the United States stands on international agreements. As international relations expert Richard Gowan of the European Council on Foreign Relations told Vox.com, “Non-Western countries like China will trumpet that this is a sign of US disengagement from the world.”

Meanwhile, close Western allies like Canada are also getting restive about the American retreat from internationalism. Sizing up the future of the NAFTA accord with Canada and Mexico, Trump said on Wednesday that, “It’s possible we won’t be able to make a deal, and it’s possible that we will.” This distinctly muted messaging is sending off alarms in Canadian governing circles. Former Canadian Prime Minister Stephen Harper is advising Canadian businesses to prepare for a post-NAFTA world. Harper’s successor, Justin Trudeau, continues to put up an optimistic face as he lobbies for NAFTA’s survival. But regardless of whether Trump unravels NAFTA, there’s no question that he’s making it harder for allies like Canada and Mexico to regard the United States as a stable partner. And that makes them members of a fast-growing new fraternity of global actors, all nervously trying to figure out whether Trump is in earnest in shutting the door on American internationalism.