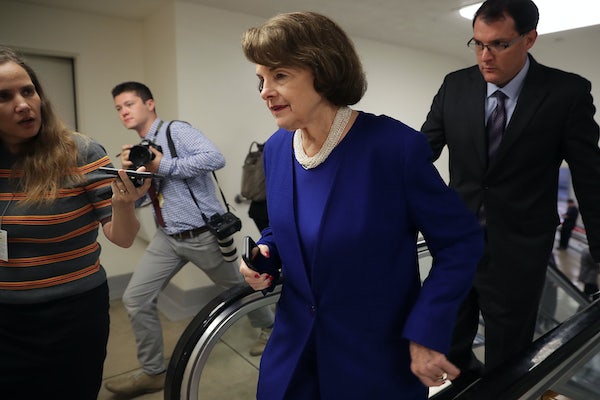 California Democrats are getting behind Dianne Feinstein’s re-election campaign.

Feinstein will be 85 years old in 2018. She supports the death penalty but not single-payer health care; she supports the NSA’s collection of metadata but balks when she thinks the CIA is spying on the Senate Intelligence Committee. She is, as David Dayen pointed out today in the New Republic, “clearly too conservative to represent one of the nation’s most liberal states,” particularly at a time when the party is moving left.

Her new primary challenger, Kevin de León, is 50. He is the first Latino president of the California State Senate since 1883, as reported by LA Weekly, a child of immigrants who worked his way to Pitzer College and a political career. He’s a ferocious proponent of single-payer health care.

De León has his own super PAC. But Feinstein is one of the wealthiest senators in the country; OpenSecrets.org reported her net worth as $79,067,057 in 2015. That’s a problem for most challengers, including de León, since it means that Feinstein can effectively buy an extension of her Senate tenure. Furthermore, her seat is safely Democratic, representing an opportunity for candidates like de León to refresh the party’s flagging national bench.