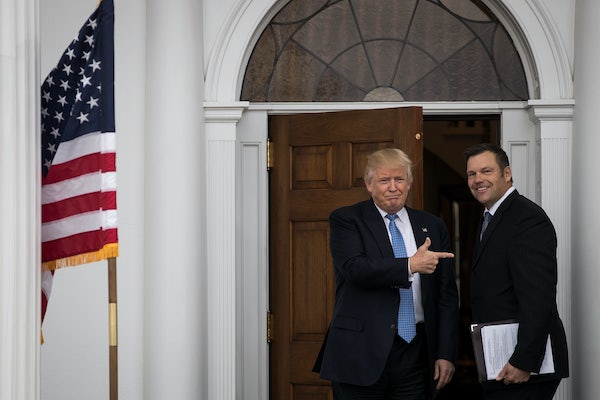 The most underplayed story of the 2016 election is voter suppression.

Amidst the first election in more than 50 years to take place without key protections of the Voting Rights Act, only 8.9 percent of TV news segments on voting rights from July 2016 to June 2017 “discussed the impact voter suppression laws had on the 2016 election,” while more than 70 percent “were about Trump’s false claims of voter fraud and noncitizen voting.”

A new Mother Jones report on voter suppression in 2016 found that as many as 45,000 people in Wisconsin were deterred from voting due to the state’s voter ID law, possibly costing Hillary Clinton the election. In the majority-black city of Milwaukee alone, voter turnout decreased by 41,000 for the 2016 election. “I would estimate that 25 to 35 percent of the 41,000 decrease in voters, or somewhere between 10,000 and 15,000 voters, likely did not vote due to the photo ID requirement,” said Neil Albrecht, Milwaukee’s election director.

An MIT study found that 12 percent of all voters—an estimated 16 million people—encountered at least one problem voting in 2016. There were more than 1 million lost votes, the study estimates, because people ran into ID laws, long lines at the polls, and registration problems. And overall 14 states had new voting restrictions in place for the first time in 2016, many of them instituted in the wake of the gutting of the Voting Rights Act by the Supreme Court in 2013. As Mother Jones’s Ari Berman writes:

A month after the Supreme Court ruling, North Carolina passed a sweeping rewrite of its election laws, requiring voter IDs, cutting early voting, and eliminating same-day registration, among other changes, before the law was struck down in a federal court for targeting black voters “with almost surgical precision.” Ohio repealed the first week of early voting, when African Americans were five times likelier than whites to cast a ballot. Florida barred ex-felons from becoming eligible to vote after serving their time, preventing 1.7 million Floridians from voting in 2016, including 1 in 5 black voting-age residents. Arizona made it a felony for anyone other than a family member or caregiver to collect a voter’s absentee ballot, disproportionately hurting Latino and Native American voters in the state’s rural areas.

The problem is only likely to get worse with Jeff Sessions at the helm of the Department of Justice and Kris Kobach, the “Javert of voter fraud,” leading Trump’s voting commission. Democrats need to make repealing these laws a priority.