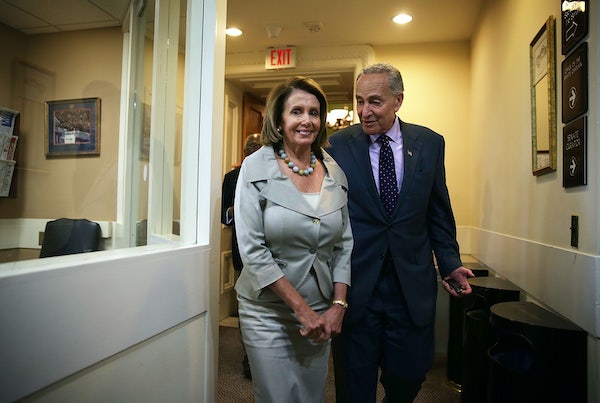 2018 is sure starting to look like a wave election for Democrats.

They have a number of advantages heading into the crucial 2018 midterms. Donald Trump is enormously unpopular, with an approval rating that has barely crept above 40 percent in his first ten months in office. Combined with a motivated opposition, an unpopular incumbent often leads to a lot of seats being flipped. Generic Democrats are currently shellacking generic Republicans in polls.

But despite these fundamentals, there are other signs that 2018 won’t be a cakewalk for Democrats. The national party is still a mess and the scars from the 2016 primary have barely healed. The party’s brand is toxic in many rural areas. Many of these elections will take place in districts that have been gerrymandered to benefit Republican candidates. Democrats lost all four congressional special elections that took place in the first half of 2017, thanks in part to a massive influx of dark money. The hill—Republicans have a 24-seat majority in the House—is steep.

Though far from a sure thing, Democrats got some good news with their third quarter fundraising numbers. According to Politico, “At least 162 Democratic candidates in 82 GOP-held districts have raised over $100,000 so far this year. ... That’s about four times as many candidates as House Democrats had at this point before the 2016 or 2014 elections, and it’s more than twice as many as Republicans had running at this point eight years ago, on the eve of capturing the House in the 2010 wave election.”

This is a big deal. For Democrats, it’s a badly needed sign that the momentum really is on their side and that they have more than a 50/50 chance of retaking the House. For Republicans, it’s terrible. Because the number of close races in 2018 could be very large, the GOP may be forced to make difficult decisions about which candidates it supports. The national party could also spread itself too thin. This could result in Republicans trying to push through unpopular legislation, like health care reform, in an attempt to woo donors and placate the GOP base.