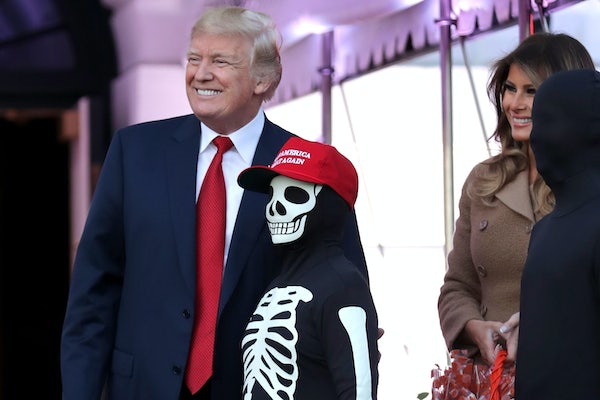 Trump’s attempts to discredit the Mueller probe are getting increasingly desperate.

The indictments of Paul Manafort, Rick Gates, and George Papadopoulos have completely undermined Trump’s “no collusion” defense. It’s now clear that Papadopoulos, one of five foreign policy advisers in Trump’s campaign, was told that the Russians had “dirt” on Hillary Clinton and that he, in turn, told at least two high-ranking campaign officials about it.

But Trump is clinging to his “no collusion” claim:

There are a number of fairly obvious problems with these various attempts to discredit the Mueller investigation. The first is that Trump is trying to present Manafort’s attorney as being credible and Papadopoulos as unreliable. The problem here is that Trump’s rationale for discrediting Papadopoulos also applies to Manafort, who is accused of fraud and other extremely shady business dealings with pro-Russian groups and figures. As for Papadopoulos, it’s true that he admitted to lying to the FBI ... about contact between the Trump campaign and figures tied to the Russian government.

Yes, Tony Podesta has come under scrutiny from the Mueller investigation, and yes, that scrutiny has caused him to leave the Podesta Group. The reason that Podesta left the Podesta Group is because he worked on a PR campaign for the nonprofit European Centre for a Modern Ukraine, which was organized by ... Paul Manafort.

Everything—even Trump’s attempts to muddy the waters with Tony Podesta!—leads back to the shady dealings of Paul Manafort or the appearance of collusion between Russia and the Trump campaign.