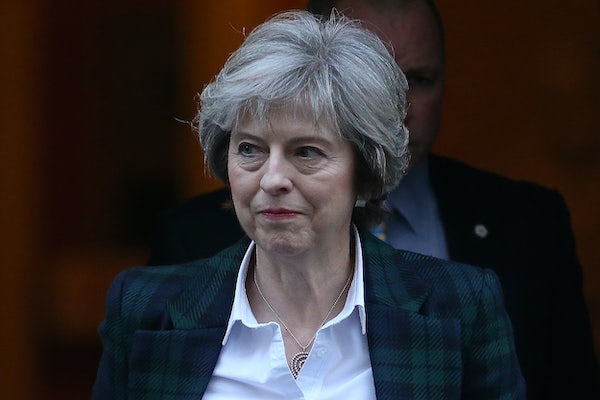 Westminster is in disarray as a sex scandal threatens to undermine the Conservative Party.

A spreadsheet, rumored to have been compiled by researchers within the party, pulls together allegations of sexual misconduct by almost 40 Conservative MPs (they have 316 seats in total), some of them cabinet members.

Allegations range widely, from “paid a female to be quiet” to being “handsy” in taxis to regular old affairs. One allegation of an extramarital affair, which is not a crime, is lodged against a prominent female politician. Indeed, the spreadsheet can’t be published because of libel law. It’s not an official dossier, which makes reporting on the scandal—and scandal it has already become—difficult to impossible.

Some details have entered the public arena, however, with the major British newspapers (The Guardian, The Times, and The Telegraph) reporting that Trade Minister Mark Garnier has admitted to calling an assistant “sugar tits.” The former Work and Pensions Secretary Stephen Crabb engaged in what he called “sexual chatter” with a 19-year-old job applicant, for which he has publicly apologized.

Allegations are expected to emerge soon against Labour MPs as well. The Guardian reports Lucy Powell, MP for Manchester Central, saying, “We’re not going to be immune from it. It’s the attitudes and the power inequalities, whether it’s Hollywood, the BBC or Westminster.”

Despite the unofficial nature of the spreadsheet (which has been dubbed the “dirty dossier,” in true British media style), it’s politically explosive. Prime Minister Theresa May is facing extreme heat to disclose what she knew, what she failed to disclose, and what she failed to prevent. The Times of London has suggested that she must have been informed by her party whips of some of the behavior.

May has requested that the Speaker of the House of Commons John Bercow institute a mediation service for staff at Westminster, which is a step up from the voluntary grievance process that the Independent Parliamentary Standards Authority had suggested.