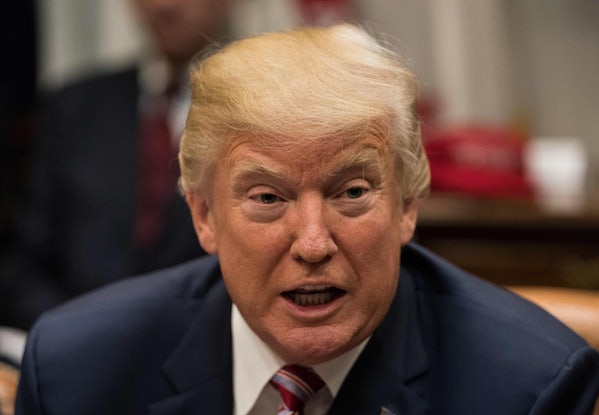 The New York City truck attack is the opportunity Trump has been waiting for.

Donald Trump promised on the campaign trail to push for a “total and complete shutdown” of Muslims entering the country “until our country’s representatives can figure out what is going on.” Those comments have come back to haunt him legally as president, proving that his travel bans are indeed manifestations of bigotry. But now, with Tuesday’s truck attack in New York City, Trump is taking his anti-immigrant case to the American public.

Then continued this morning:

Chuck Schumer helped shape the Diversity Visa Lottery Program, which was part of the Immigration Act of 1990, signed by President George H. W. Bush; the State Department issues 50,000 visas annually under the program, mostly to immigrants from Africa. Tuesday’s suspect, Sayfullo Saipov, had repeatedly passed background checks to work for Uber and to earn a green card.

Trump’s unhinged rhetoric will, as it always does, appeal to people who want to believe there is something we can do to stop the world’s Saipovs. Reality is messier. There will always be Saipovs.

But because this attack fits Trump’s anti-immigrant narrative, he’s now backed the Reforming American Immigration for Strong Employment Act, which would kill the Diversity Visa Program. Legislation may not be the biggest threat, though. Trump’s supporters will hear his dog whistle and respond to it, as they have been since he became president.