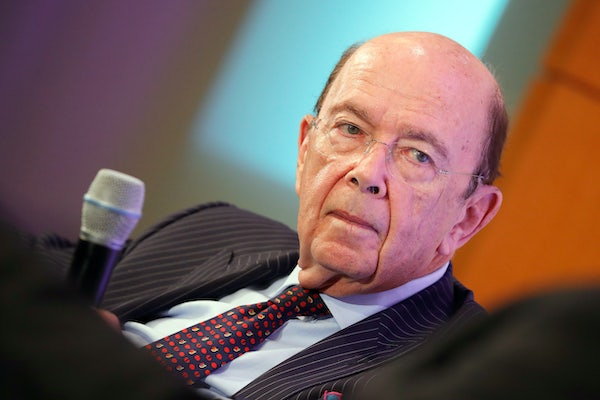 The real Russia story is about greed.

Leaked documents reveal that Commerce Secretary Wilbur Ross has maintained business dealings with a Russian oligarch under sanction, The New York Times reported on Sunday. Ross, a billionaire, reportedly kept a lucrative stake in a shipping company that did business with Vladimir Putin’s close allies:

The shipper, Navigator Holdings, earns millions of dollars a year transporting gas for one of its top clients, a giant Russian energy company called Sibur, whose owners include the oligarch and Mr. Putin’s family member. Despite selling off numerous other holdings to join the Trump administration and spearhead its “America first” trade policy, Mr. Ross kept an investment in Navigator, which increased its business dealings with Sibur even as the West sought to punish Russia’s energy sector over Mr. Putin’s incursions into Ukraine.

A Ross spokesperson told the Times that the contract was struck before any sanctions were in place, and that, as commerce secretary, Ross “recuses himself from any matters focused on transoceanic shipping vessels, but has been generally supportive of the administration’s sanctions of Russian and Venezuelan entities.” Considering Ross is in charge of overseeing United States commerce, this recusal from a large chunk of that commerce is a little troubling.

These revelations, which are part of the Paradise Papers leak, have already been incorporated into a larger narrative about Trumpland’s illicit ties to the Russian government. But they show that election-meddling is only one part of the story; the other is that his administration is full of millionaires and billionaires with opaque ties to companies around the world, and who have a vested interested in making sure those ties are shielded from public scrutiny.